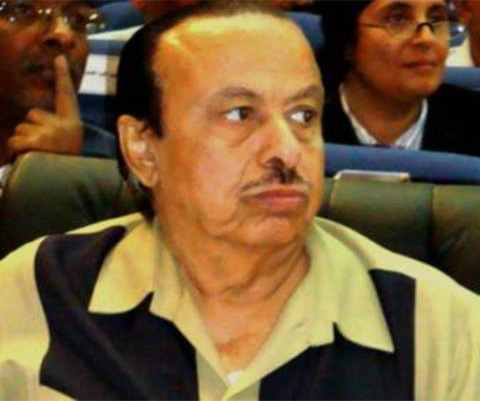 The Houthi group has listed General Nasser Mansour Hadi, brother of the Yemeni President Abd Rabbu Mansour Hadi, as one of those to be released by the group under the prisoner swap with the internationally-recognized government, said a government official involved in negotiations with Houthis.
The general will be released as part of the first batch of swap deal to embarrass President Hadi before the public opinion, the official added anonymously.
The prisoner swap deal has recently been reached in Jordan after all parties fully believed that their prisoners' release is an urgent must, yet amid constant pressure by UN and rights groups, and regional understanding on the release of Saudi prisoners, he said.
General Nasser Mansour Hadi is one of the Yemeni four prisoners who will likely be released in the deal's first stage, the official told Al-Jazeera.
The Houthi are who listed Hadi's brother in a message conveyed by the UN especial envoy for Yemen to Riyadh days ago, in a bid thought to embarrass the Yemeni President and legitimacy and make the public opinion think that the government sought to free him, he added.
At the beginning, the government did refuse, asking the release of the three others (former Defense Minister Mahmoud al-Sobaihi, Islah senior official Mohamed Qahtan and General Faisal Rajab) or at least a visit to make sure they are alive, but its proposal faced great pressures, he said.
General Nasser Mansour Hadi, Defense Minister Mahmoud al-Sobaihi and the 31st brigade's commander General Faisal Rajab were captured by Houthis at the al-Anad Airbase battle in March 2015.
Release of the three generals and Islah official was provided for by the UNSC Resolution 2216.
Last Sunday, the Yemeni government and Houthi group reached a deal to exchange 1,420 prisoners (including Saudis, Sudanese and one of the four officials) in stage one, to be followed by other stages until all the 15,000 prisoners are swapped.