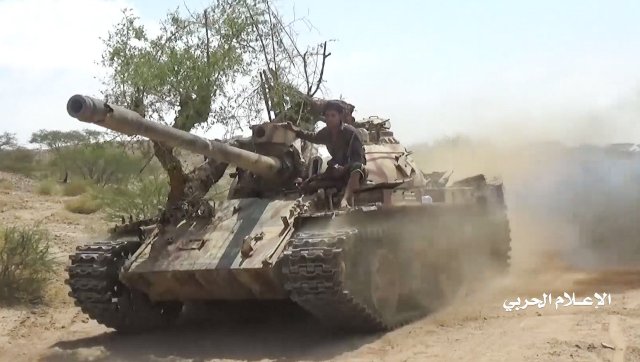 The Houthi group (Ansar Allah) said that the Yemeni internationally recognized forces of the government carried out on Tuesday a massive crawl on the city of Al-Duraihimi, south of Al-Hodeidah Governorate, in the west of the country.

The Houthi-run Al-Masirah TV quoted a local source in the city of Al-Duraihimi as saying that the government forces "carried out, Tuesday, a massive crawl on the besieged city of Ad-Durayhimi in Hodeidah governorate, in flagrant violation of the ceasefire agreement signed in Stockholm on December 13, 2018."

The source claimed that "more than 35 armored vehicles and machinery, as well as one tank supported the encroachment of the aggression forces on the besieged city.".

The Houthi-run Yemeni news agency (Saba) in its version in Sanaa quoted the charge d'affaires of the governor of Hodeidah, Muhammad Qohim, asserting that four brigades of internationally recognized government forces carried out a crawl on the Al-Duraihimi directorate.

He added, "We are surprised at the silence of the United Nations in the face of this dangerous escalation of Al-Duraihimi, which comes after more than a year and a half of the siege, starvation and terror on its citizens."

The Houthi official accused the United Nations of "negligence and failure to stand neutral and supportive of peace."

"Our respect for the Stockholm agreement and its unilateral implementation does not mean that we remain silent in the face of the repercussions that the province is witnessing, the most recent of which is today by Al-Duraihmi.", he added.