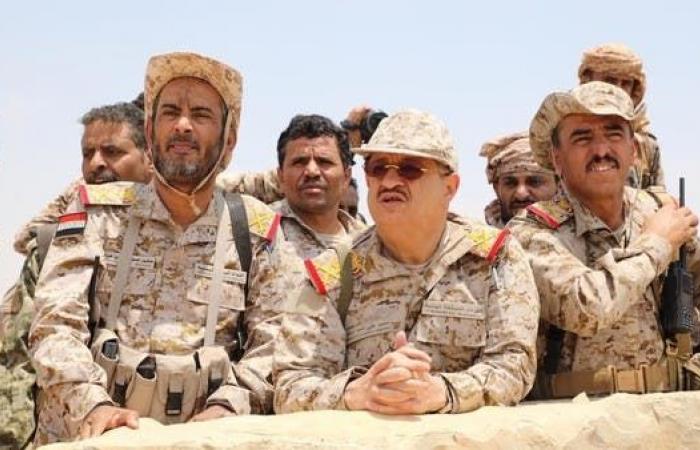 The Yemeni Defense Minister, Lt. Gen. Mohammed Ali Al-Maqdashi, survived an assassination attempt today, after a landmine exploded in an army gathering of government forces in the Marib Governorate, northeast of Yemen.

A military source told "Debriefer " that the Yemeni defense minister survived the assassination attempt during Minister Al-Muqdishi's visit to military sites in the Al-Mashjah front in the Serwah district of western Marib, while 6 of his companions were killed, and others were injured in the collision of the military convoy of al-Maqdashi with the landmine."

The Serwah district in western Marib is witnessing fierce fighting between government forces and the Ansar Allah group (Houthis), which has controlled the center of the district since the beginning of the war.

This is the second assassination that the Minister of Defense, General Mohammed Ali al-Maqdashi, has survived in four months.

On October 29, al-Maqdashi survived an assassination attempt in the Marib Governorate, following an blast that shook the temporary headquarters of the Ministry of Defense in Marib during a minister's meeting with a number of his ministry leaders.