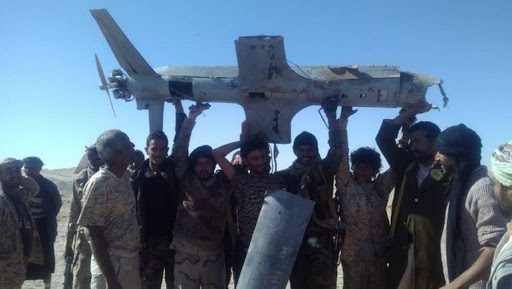 The media center of the Yemeni Armed Forces said on his account in Twitter that "the National Army shot down a Houthi militia drone in the Al-Muhazmat front southwest of Al-Jawf."

The media center of the Yemeni Armed Forces did not give any details about the type of the drone.

Heavy fighting has been taking place in the border province of Al-Jawf with Saudi Arabia for several weeks between the forces of the Yemeni government (legitimate) and the Ansar Allah group (the Houthis).