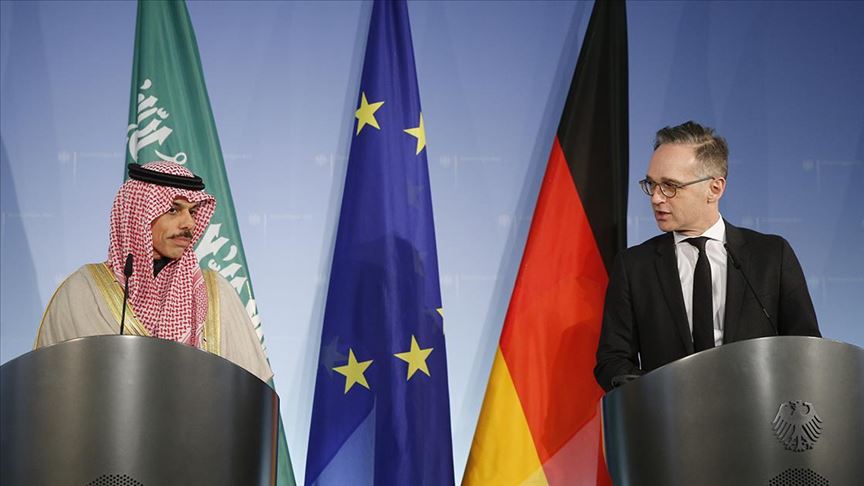 The prominent leader of the Houthi group (Ansar Allah), Muhammad Ali Al Houthi, welcomed announcement that Germany would continue to ban arms to Saudi Arabia, which is leading a military alliance in Yemen in support of the internationally recognized government in its war against the group.

Muhammad Ali al-Houthi, a member of the so-called Supreme Political Council established by the Houthis to administer the areas under their control in northern Yemen, tweeted on Friday evening, "The announcement by the German Foreign Minister that the arms embargo continues in front of the Saudi foreign minister is the correct position, which must It will be announced by the rest of the supplying countries. "

And he considered that the German decision, "the best decision to stop the American-British aggression against Yemen," adding that "whoever considers Yemeni blood an opportunity to supply his factories will continue to sell."

German Foreign Minister Heiko Maas said during a joint press conference in Berlin on Friday, with his Saudi counterpart Faisal bin Farhan Al Saud, the decision to ban weapons to Saudi Arabia will continue as long as the war continues in Yemen.. stressing that the moratorium on arms exports applies to all parties involved in the Yemen war.

The German minister urged Riyadh to stop the military escalation, pointing to the catastrophic humanitarian situation in Yemen, according to the website of the German Foreign Ministry.

Mass said that the resumption of direct talks with the Houthis is a step in the right direction, but it also needs to return to the UN-led political talks.

For his part, the Saudi Foreign Minister affirmed that his government has a security responsibility towards the country and towards the management of weapons, and said: "We will buy weapons wherever we can get them."

He stated that he had spoken to his German counterpart about the situation in Yemen, adding, "I explained to him the recent negative developments of missile attacks by the Houthis."

The Saudi minister also accused the Houthis of "the continuous military escalation that indicates their lack of seriousness in seeking a political solution to this crisis."

And last Monday, Saudi Foreign Minister Faisal bin Farhan said that Riyadh was waiting for the German government to end the moratorium on the export of German weapons to his country.