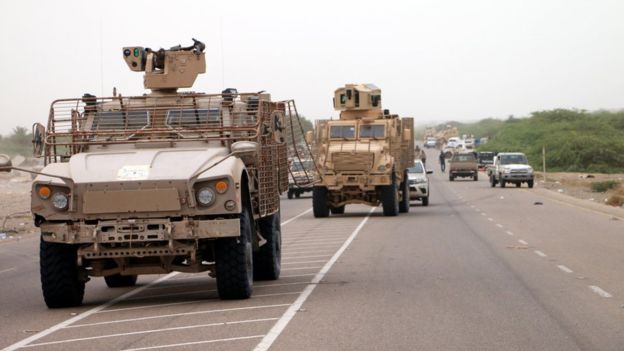 American-European pressures over the 5.9-year war in Yemen, political analysts said Friday, as the Kingdom seeks to prove Houthi unwillingness in dialogue.
Its rush to announce, before the Houthis, their targeting the Saudi deep means that Riyadh is seeking to appear as a victim and that it is under American-European pressures over the Yemeni issue, Omar Aiasirah said.
The Saudi announcement has coincided with the US Secretary of State, Mike Pompeo's visit to Riyadh, in an attempt to prove that the Houthis are unserious in dialogue and cannot be trusted as a party to negotiations, the analyst added in remarks to Al-Jazeera.
The Riyadh-Houthi dialogue is in impasse, as the group seeks to move from dialogue on a truce to dialogue on being accepted in the political process and recognized by Saudis as a "weighty part" in ruling Yemen, he said.
Saudi Arabia "seeks to just reach a military settlement, as 'warrior's rest', until conditions are changed," Aiasirah added.
"The Saudis consider the Houthi group as an Iranian arm and terrorist group on one hand, and describe it as a key component for the Yemeni scene on the other. This is contrast reflecting the Riyadh's confusion in tackling the issue and that Saudi Arabia has been overcome in this war."
For another writer, Youssef Diab, the recent military escalation in Yemen is evidence of failed negotiations between Riyadh and Houthis, with the latter unwilling to reach a political solution and seeking to restore the situation as it was prior to the 'Decisive Storm'.