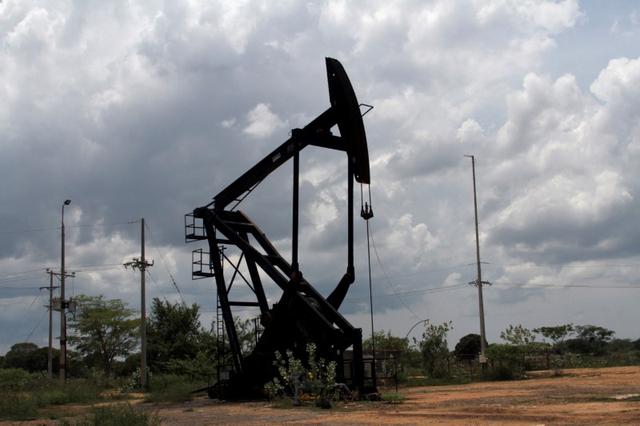 “Because we’ve seen a very significant fall in case of West Texas, from above $60 to touch below $50 (over the past six weeks), I think oil has largely reflected a lot of risk, unlike other markets,” Michael McCarthy, chief market strategist at CMC Markets, told Reuters over the phone.

Crude markets are also close to an important technical support level between $49.50 and $50 for WTI and between $54.50 and $55 for Brent, McCarthy said.

“For this week, key factors are coronavirus, inventory data and the technical picture,” he said.

Demand concerns savaged prices for oil and a whole swathe of commodities on Monday, while both U.S. and European equities suffered their steepest losses since mid-2016.

Asian share markets were trying to stabilise on Tuesday after a wave of early selling petered out and Wall Street futures managed a solid bounce.

In the United States, crude oil inventories were seen building for a fifth straight week, while refined products likely fell, a preliminary Reuters poll on the expectations for the week ended on Feb. 21 showed on Monday.

Countries around the world are stepping up efforts to prevent a pandemic of the flu-like SARS-CoV-2 virus originating from China late last year that has now infected more than 80,000 people, 10 times more than the SARS coronavirus of 2002/2003.

“Fears that the rapidly-spreading coronavirus outside of China could lead to a bigger-than-anticipated impact on global economy and oil demand will likely keep weighing on market sentiment,” Satoru Yoshida, a commodity analyst with Rakuten Securities said.

Saudi Aramco expects the coronavirus impact on oil demand to be short-lived, however, and for consumption to rise in the second half of the year, Chief Executive Amin Nasser told Reuters on Monday.