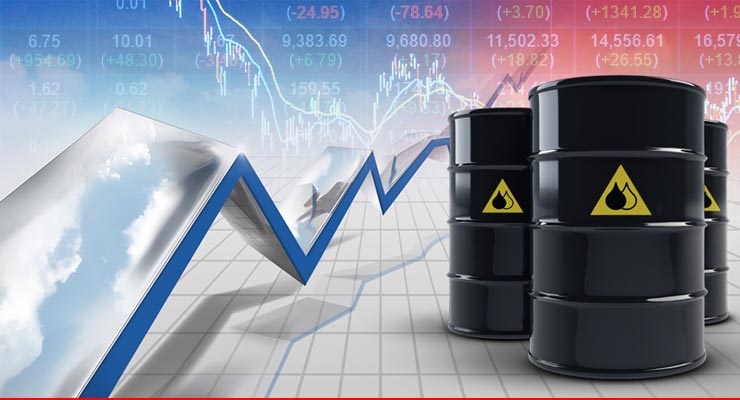 Reuters News Agency reported that crude oil prices gave up early gains and slid for a fourth day on Wednesday as fears of a coronavirus pandemic deepened as the outbreak spread in several countries outside China.

Fears of a pandemic have escalated as authorities around the world battle to prevent the spread of coronavirus, which has now been found in about 30 countries.

Asian shares fell on Wednesday as a U.S. warning to Americans to prepare for the possibility of a pandemic jolted Wall Street yet again and pushed yields on safe-haven Treasuries to record lows. [MKTS/GLOB]

“The shift in focus from just an external demand shock from China to an overwhelming U.S. economic blow could send oil prices into a faster tailspin,” Stephen Innes, market strategist at AxiTrader, said in a note.

“The reality is that the coronavirus has not been contained and is now spreading like wildfire across the world, and you can’t put that smoke back in the wood,” he said.

Earlier, oil prices rose on short-covering and amid hopes for deeper output cuts by the Organization of the Petroleum Exporting Countries (OPEC) and its allies including Russia, a grouping known as OPEC+.

“But the upside was limited as risk of the coronavirus outbreak hitting oil demand is growing,” said Hideshi Matsunaga, analyst at Sunward Trading.

OPEC and OPEC+ are due to meet in Vienna over March 5-6.

“A weekly close below $55.00 a barrel on Brent crude will have the alarm bells ringing amongst the OPEC+ grouping,” Jeffrey Halley, senior market analyst at OANDA said in a note.

Saudi Arabia’s energy minister said on Tuesday he was confident that OPEC and its partners would respond responsibly to the spread of the virus.

The International Energy Agency’s (IEA) outlook for global oil demand growth has fallen to its lowest level in a decade, Executive Director Fatih Birol said on Tuesday, adding it could be reduced further due to the outbreak.

U.S. crude inventories are expected to rise for a fifth week running. The American Petroleum Institute (API) said late Tuesday that crude stockpiles rose 1.3 million barrels last week. Government data due at 10:30 a.m. on Wednesday was expected to show a 2 million barrel rise, according to a Reuters poll.