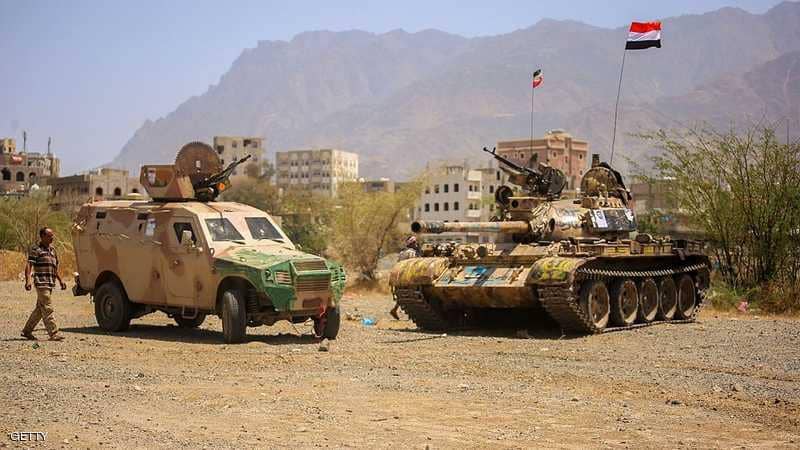 The Houthis have not long enjoyed their Sunday control over al-Hazm city, the provincial capital of al-Jawf at Saudi borders, as the group was taken by surprise when the government army on Monday launched a fierce counterattack backed by Arab coalition aircraft.

Hours after their full seizure of the Yemeni northern governorate, Houthis were forced to slightly retreat and delay announcement of the expected "great battle's" details as fitful fighting resumed violently late on Monday with government forces that received reinforcements from nearby Marib.

The planes were "forced to leave before carrying out any hostile acts" in the governorate, Yahiya Sarie added.

Later, the group said the Saudi coalition had intensified air raids on al-Jawf, where 19 airstrikes hit different parts of the governorate, including the governor's, Ameen al-Okaimi's, house.

The government army is "launching massive offensive from multiple directions on al-Ghail district, Ethnin (Monday) fair, and areas of al-Salmat and Baraqish," the sources added.

No party has officially declared actual control over al-Jawf, amid conflicted reports on capture and recapture of the militarily, economically strategic governorate's districts.

Weeks-long military persistent fighting in al-Jawf has displaced tens of thousands of people to the neighboring governorate of Marib, the internationally-recognized government-run executive unit for management of IDP camps said Monday.

The unit has registered 25,000 families as displaced from Jawf within 24 hours, it added in a statement.

The recent displacement is too huge to accommodate given the limited capacities of the unit, local authorities, hosting community and even agencies active in Marib, the statement read.

Yemen's IDPs are living a "tragic condition after the persistent conflict forced them to leave their houses," according to the statement.

The unit appealed to local and international humanitarian agencies for urgent relief.