The next American war 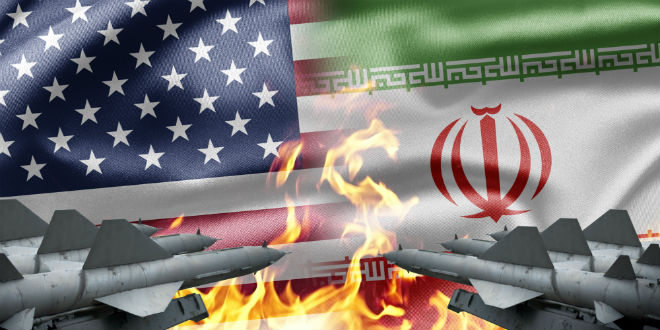 THE odds are growing that the next American war will be against Iran. Of the three countries designated by the US as the ‘axis of evil’, Iraq was invaded; North Korea has agreed to an uncertain process for ‘denuclearisation’; Iran remains regionally powerful and defiant.

Former US President Obama’s strategy was to first neutralise the principal (nuclear) threat from Iran and thence co-opt it to stabilise an increasingly turbulent Middle East. Donald Trump has reversed this policy (and other facets of the Obama legacy), withdrawn from the UN Security Council endorsed nuclear agreement (formally called the Joint Comprehensive Programme of Action) and reimposed harsh US sanctions against Iran.

In a speech on May 21 at the Heritage Foundation, a conservative US think tank, Secretary of State Mike Pompeo listed 12 ‘basic requirements’ which the US wants Iran to meet. These are: continue to observe the JCPoA restraints on its nuclear programme; end support to Hezbollah, Hamas and (Palestinian) Islamic Jihad; respect Iraq’s ‘sovereignty’; end support to the Houthis in Yemen; withdraw all forces under Iranian command from Syria; end support for the Afghan Taliban and other terrorists in Afghanistan and stop harbouring Al Qaeda; end the Islamic Revolutionary Guards’ support for terrorist and militant partners; and cease threatening behaviour against neighbours and to international shipping and destructive cyber attacks.

The US will seek to exploit Iran’s economic vulnerabilities as well as ethnic and religious fissures.

Several commentators have described the Pompeo ‘laundry list’ of demands as a ‘pipe dream’ and ‘a strategy for disaster’.

However, the determination and strength of the forces propelling this ‘jumbo’ US plan — Trump and his hawkish advisers; Israel and the powerful Israeli lobby; and Saudi Arabia and its GCC allies — cannot be underestimated.

While Trump may not be able to reconstruct the ‘tough’ UN-endorsed sanctions applied against Iran between 2009-2012, the US has enormous coercive power, including its control of the dollar-denominated global banking and trading system, to oblige other countries to comply with its wishes. The US has declared it will impose so-called secondary sanctions, without exception, against entities and countries importing Iranian oil after Nov 4 this year. Banks and financial institutions dealing with Iran will be excluded from dollar transactions and the SWIFT system.

Despite bold European statements, several major European corporations and companies have resiled from commitments to invest in and trade with Iran. Under pressure from Washington, India is likely to end oil imports from Iran, its major supplier, by the due date. India’s much-touted construction and operation of Chahbahar port is also likely to be consigned to limbo. China, Russia, Turkey and a few others with limited exposure to US pressure, may find ways to preserve their oil, trade and investment relations with Iran.

The US has correctly assessed that Iran’s greatest vulnerability is the economy. As Pompeo said: “Iran must choose between keeping its economy alive or squandering precious wealth on fights abroad.” The psychological impact of US withdrawal from the JCPoA and impending sanctions has already slowed Iran’s growth, devalued the Iranian rial and raised prices. Recent demonstrations in Iran have been attributed to economic dissatisfaction.

The US and its allies will seek to exploit Iran’s economic vulnerabilities as well as ethnic and religious fissures, including the Sunni insurgency in Sistan-Baluchistan.

Tehran, of course, has the capacity for a wide range of retaliatory actions.

Iran would be within its rights to renounce the JCPoA and resume enrichment in view of the US withdrawal from the agreement. It is unlikely to do so, at least, for the present in order to preserve European commitments and Russian and Chinese support and not justify US coercion.

Tehran could unleash Hezbollah and other Shia militant groups against Israel; compel Iraq to expel the American presence from that country; escalate support for the Houthis, for instance, by supplying longer-range missiles; actively support the Afghan Taliban insurgency; expand support to Qatar in its spat with the Saudis and Emiratis and foment Shia dissidence in Bahrain and Saudi Arabia’s eastern seaboard.

The US and Its allies have already taken steps to blunt Iranian retaliation. Israel, working with Russia, has extracted a commitment from Syria’s President Bashar al-Assad not to allow Iranian forces or militias close to the ceasefire line with Israel. The US and Saudi Arabia are working hard to co-opt some Iraqi Shia leaders, such as Muqtada Al Sadr,(but have suffered a recent reversal). The US has now openly joined the Saudis and Emiratis to mount offensive operations against the Houthis in Yemen to recapture Al Hodeidah port. The US is now also seeking a political settlement with the Afghan Taliban and pressing Pakistan to ‘bring them to the table’.

If Iran is cornered, its policies could become more desperate and aggressive in the ongoing conflicts and power struggles in Syria, Lebanon, Iraq, Yemen and Afghanistan. It may also decide to renounce the JCPoA. Iranian hawks have even advocated withdrawal from the Nuclear Non-Proliferation Treaty.

Such an escalation would, in turn, create the casus belli that the US and Israel may be looking for to launch military action against Iran’s nuclear and strategic facilities. Trump and his principal advisers, and certainly Israeli Prime Minister Benjamin Netanyahu, seem prepared, perhaps even eager, to resort to such military strikes. Unlike North Korea, Iran does not possess nuclear weapons to deter such ‘pre-emptive’ strikes.

To avoid this grim scenario, Iran will need to resort to deft diplomacy and in particular to secure unequivocal support from China and Russia against any use or threat of force against it. In this diplomatic process, Iran may be obliged to accept some US demands.

Pakistan can suffer serious collateral damage from the mounting US-Iran confrontation and would do well to remain aloof from any involvement. The economic injury from US sanctions on Iran would be the least of Pakistan’s problems, since its trade with Tehran is limited. However, if Pakistan’s territory is used by Sunni groups for attacks in Sistan-Baluchistan, Iran could retaliate by fomenting Shia-Sunni violence in Pakistan. Another hostile neighbour is the last thing Pakistan needs at this moment.

The writer is a former Pakistan ambassador to the UN.