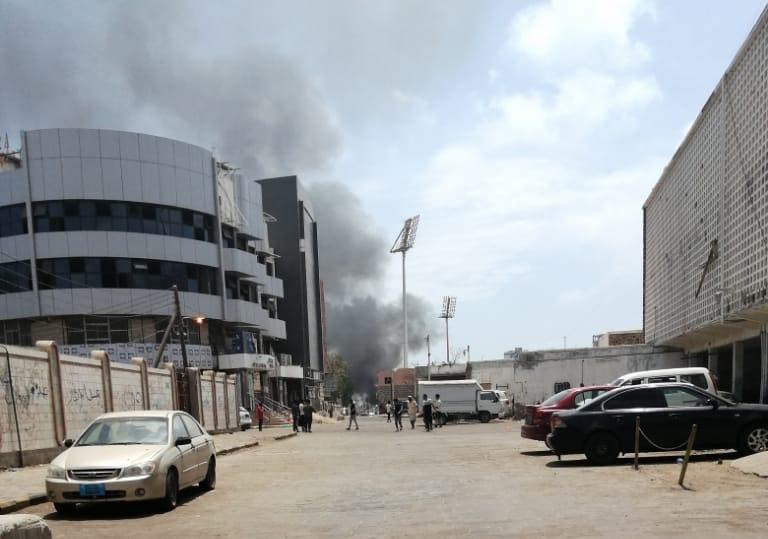 Armed skirmishes erupted Tuesday between Yemeni Emirati-backed forces in the nearby of the Aden-based Central Bank of Yemen (CBY).
A force of the Emirati-backed Security Belt clashed with another from the special security forces, led by Gen Fadhl Ba'eish, near to the CBY in Crater district in the Yemeni southern port city, said security sources.
"The infighting was triggered by the special security forces' attempt to arrest interior deputy minister, Gen Mohamed Musa'id al-Amir, following a dispute over salaries," the sources argued.
The clashes left two troops injured and an armed pickup burnt, according to the sources.