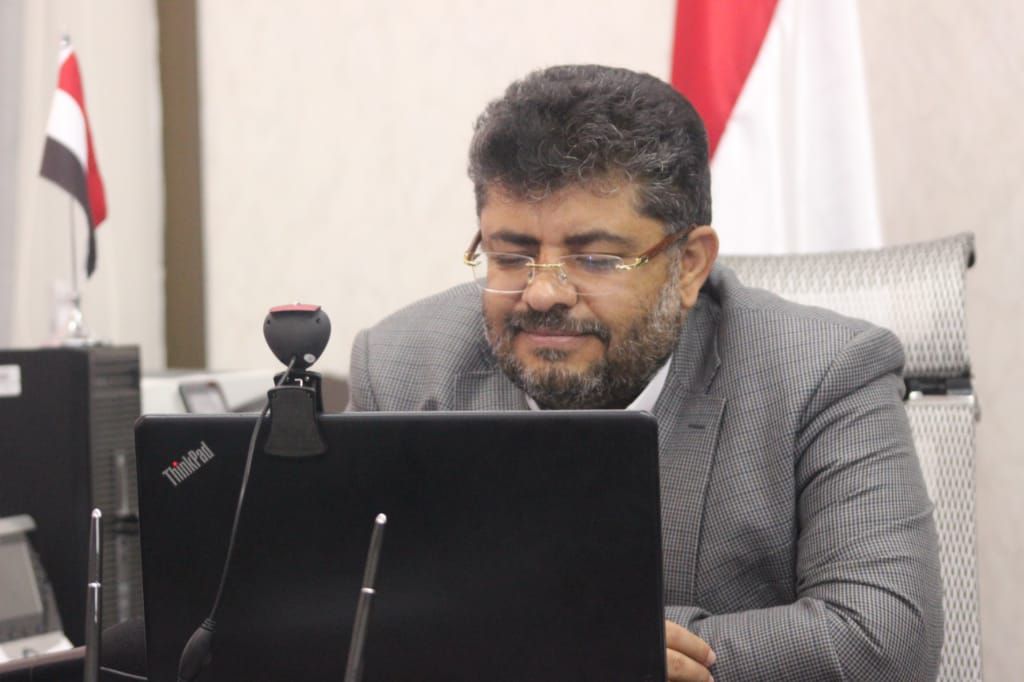 The prominent leader of the Houthi group (Ansar Allah), Muhammad Ali al-Houthi, said today, Thursday, that the announcement of the Saudi-led Arab coalition to support the ceasefire is welcome, while the Yemeni internationally recognized government spokesman said that the United Nations should put pressure on the Houthis and a ceasefire will stop automatically.

Al-Houthi, a member of the so-called Supreme Political Council established by the group to administer the government in its areas of control in northern Yemen, added in a tweet on Twitter, "The coalition's declaration of acceptance of the ceasefire and the reduction of escalation and taking practical steps to build confidence between the two parties in the humanitarian and economic aspect is welcome."

"We are waiting for that to happen.", he said.

On the other hand, the Yemeni government spokesman, Rajeh Badi, said in a statement to the Saudi newspaper Al-Sharq Al-Awsat published today, Thursday, that his government "hopes that the United Nations and its envoy Martin Griffiths can put pressure on the Houthi group for a ceasefire because it is the party that is carrying out the attack, whether in Sarwah or in al-Dhalea or In Taiz.

"Who launches ballistic missiles at civilians in Marib? We do not attack. We only defend ourselves," Badi added.

"If the United Nations is serious about a ceasefire, it must put real pressure on the Houthis, and the ceasefire will stop automatically," he added.

The Arab coalition led by Saudi Arabia in support of legitimacy in Yemen announced its support for the government of Yemeni President Abdrabbuh Mansour Hadi to accept the invitation of the Secretary-General of the United Nations.

"The Joint Forces Command supports the decision of the Yemeni government to accept the call of the United Nations Secretary-General for a ceasefire in Yemen, and to face the consequences of the spread of the Coronavirus," said coalition spokesman Colonel Turki al-Maliki, in a statement.

The Yemeni government said in a statement that it "welcomes the call by the Secretary-General of the United Nations, António Guterres, for a ceasefire to confront the consequences of the spread of Covid-19 and to reduce escalation across the country as well as the Special Envoy Martin Griffiths to restore calm and face military escalation."

United Nations (UN) Secretary-General Antonio Guterres called on Wednesday for: “The warring parties in Yemen to immediately cease hostilities and do their best to counter the possible spread of the coronavirus.”

WHO: Coronavirus cases top half a million