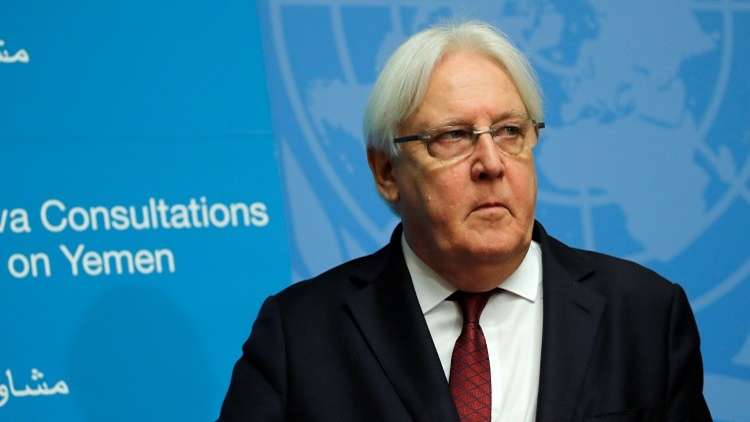 The UN special envoy for Yemen on Wednesday called warring parties in the country to unite efforts in the face of coronavirus spread's risks.
It is time to work now as battlefields are tearing Yemen and further complicating the fight against potential spread of COVID-19, Martin Griffiths added on Twitter.
He urged parties to answer the UN Secretary-General's call, to work with his office to de-escalate violence and work together to protect Yemenis.
Separately, the Houthi group has accepted the Yemeni internationally-recognized government's initiative to establish a joint operation room aimed at confronting the novel coronavirus.
The group "is prepared to establish an operation room linking all areas across Yemen and to share information on COVID-19," the Sana'a-based Saba quoted member of Houthi Supreme Political Council as saying.
There should be a "unified mechanism to organize intra-province traffic of citizens, so as to confront coronavirus and prevent its arrival" in Yemen, Mohamed Ali al-Houthi added at a televised meeting with Griffiths.
On Sunday, the Yemeni official government called the group to form a joint cell for the two health ministries in both Aden and Sana'a, under WHO sponsorship, to face the epidemic.
"If it arrives in Yemen, the coronavirus will not distinguish between legitimacy and coup, south and north, or armed and unarmed" people, the government minister of state said in an article carried by local media.
"Disunited efforts could lead to the epidemic spread and to failure to control it," Abdul Rab al-Salami added, as the WHO "has already warned against its spread in Yemen."
No COVID-19 case has been recorded so far in the war-torn country.

Victims' toll of Houthi shelling on a women’s prison in Taiz increase to 6, and 28 wounded