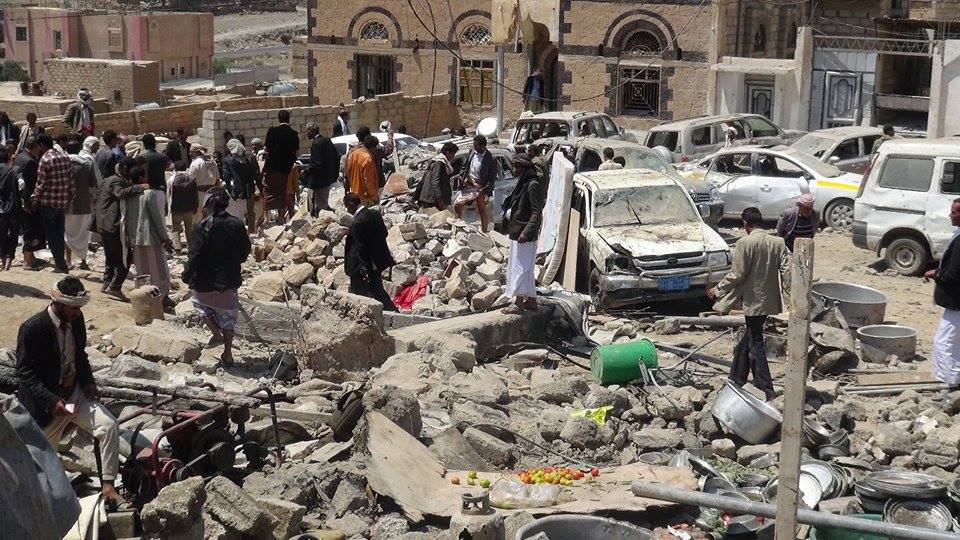 Saudi-led coalition aircraft have left more than 42 thousands of civilians killed or injured since the beginning of bombing campaign on 26 March 2015, the Houthi foreign ministry said Thursday, in the 5th anniversary of coalition intervention in Yemen.
Over five years, coalition warplanes have launched more than 250,000 airstrikes affecting civilians and civilian properties, the ministry added in a statement carried by the Sana'a-based Saba.
These raids have left more than 42,505 civilians killed or injured, including women and children, and 456,849 homes destroyed, it claimed.
The coalition countries began their "aggression on the basis of wrong pretexts and justifications that have, over time, proved false," the ministry added, noting that "undeclared goals are behind the aggression and blockade.
"The real goals for aggression on Yemen are undoubtedly no longer hidden. They are obviously to impose custody on Yemeni decision, prevent Yemeni legitimate ambitions for independent political decision, make use of the country's natural resources, and destroy Yemeni infrastructure and military capabilities."
In addition, Saudi Arabia seeks to "occupy Mahara and lay a pipeline from Saudi lands to the Arabian Sea, the United Arab Emirates occupied Socotra in May 2018, and Abu Dhabi seeks to control Yemeni seaports," according to the statement.