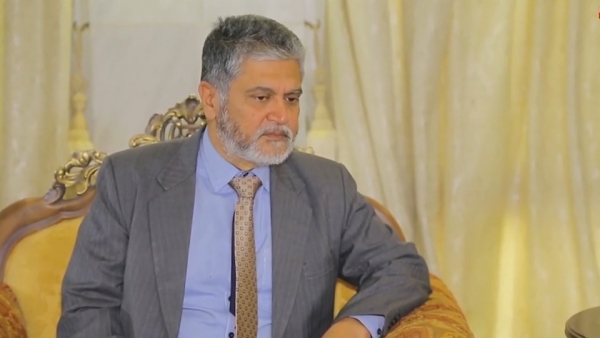 The spokesman for the joint forces of the Yemeni internationally recognized government in the western coast, Colonel Waddah al-Dobeish, accused Ansar Allah group (Houthis) of detaining the head of the international mission to support of the Hodeidah agreement, Abhijit Guha, in a hotel in the capital Sana'a and put him and a team of the mission under strict guard under the pretext avoid coronavirus.

According to the source source close to the Yemeni government, Colonel Al-Dobeish said today, Friday, that the Ansar Allah group (Houthis) has detained the head of the UN mission and his team accompanying in a hotel in Sana'a, and prevented him from reaching Hodeidah, where his workplace is located in the detained UN ship, and prevented him from returning to the Jordanian capital Amman.

"The detention of the commander of the international mission and preventing him from leaving Yemen or returning to Hodeidah is a dangerous development and a blatant and flagrant challenge," he claimed.

He added, "The detention, under the pretext of the Coronavirus, put its atmosphere and its team under heavy guard, as a natural result of the international role of the United Nations in complicity with the Houthis, as it became a hostile party to the Yemeni people."

Al-Dobeish said that the credibility of the United Nations, its envoy and its mission have ended, noting that the UN envoy Martin Griffiths did not move to end the Houthi escalation against General Guha and the previous storming and detention of the UN ship in Hodeidah.