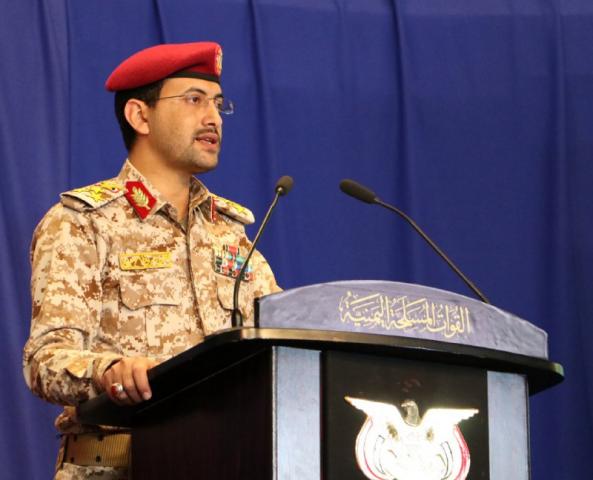 Military spokesman for the Ansar Allah Group, the Houthis, Yahya Saree said on Sunday the group's air defences faced a combat formation of warplanes over the Yemeni capital, "Sanaa".

This comes, an hour after the group targeted the cities of "Riyadh" and "Jizan" with three ballistic missiles, according to Saudi media, which confirmed that the missiles were intercepted over the two cities.

As the military spokesman for the Ansar Allah group, "Houthis", did not comment on the incident targeting "Riyadh" and "Jizan" with missiles, Saudi sources said that a forthcoming statement on the objection process would be issued within hours.