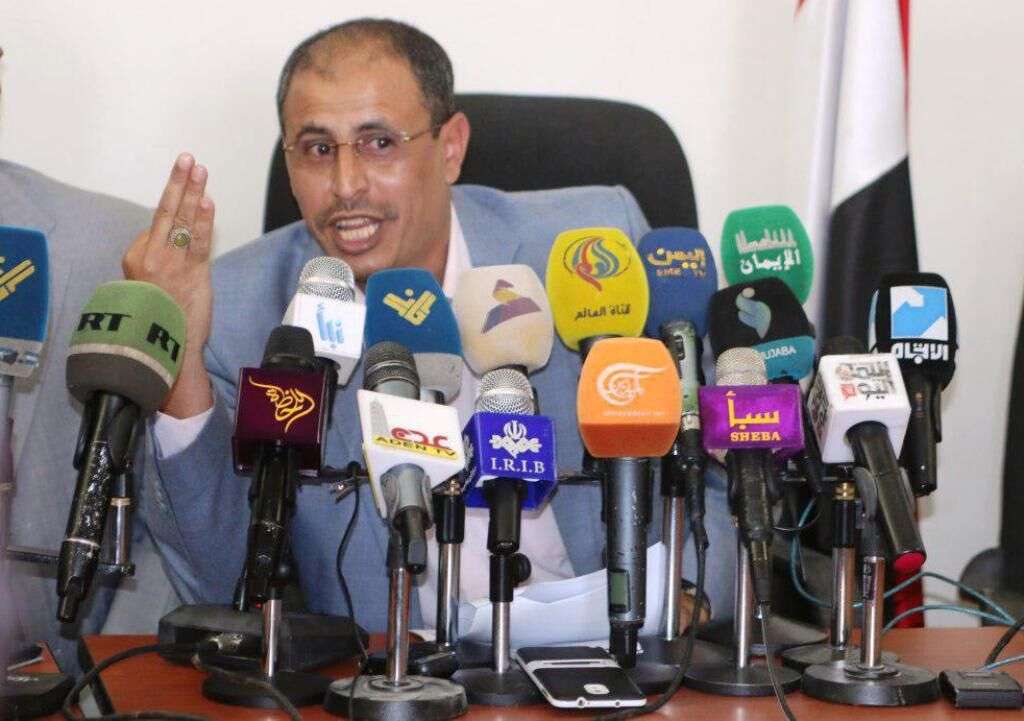 A spokesman for the Ansar Allah group (Houthis) government, Al-Shami, Monday evening accused the United Nations and its envoy to Yemen Martin Griffiths of covering what he described as "aggression crimes" targeting "international workers".

The Houthi-run Al-Masirah TV quoted Al-Shami as saying: "The air strikes are a dangerous escalation that is not new, and it reveals that they are not in the process of stopping the aggression."

He pointed out that "the targeting of populated areas in the capital, Sanaa, Saada and Hodeidah is evidence of the crime of aggression."

Al-Shamy added that whenever the coalition spoke about peace, his speech would be accompanied by "an escalation in the targeting of civilian areas."

The warplanes of the Saudi-led Arab coalition in support of legitimacy in Yemen launched Monday afternoon air strikes on the Yemeni capital, Sana'a.

Witnesses in Sanaa said that the air strikes had bombed Houthi (Ansar Allah) sites north of the capital.

The sources confirmed that the coalition warplanes are still flying in the sky of Sana'a until the moment of writing the news.

The air strikes come two days after attacks by the Houthi group with drones and ballistic missiles targeting the cities of Riyadh and Jizan in Saudi Arabia.