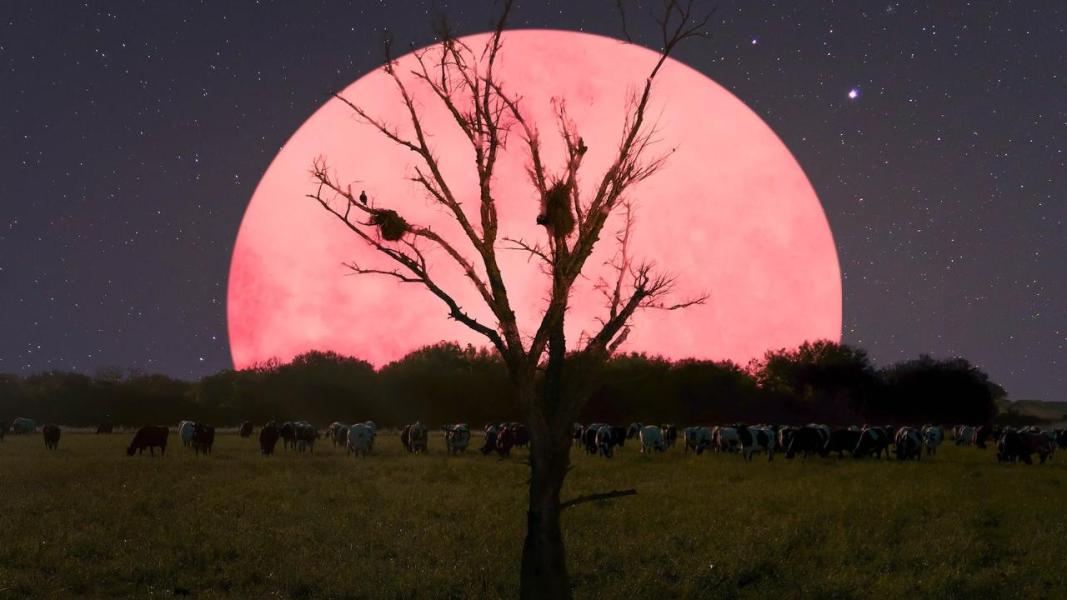 The April's 'pink moon', largest, brightest supermoon of 2020 rose in the night sky on Tuesday over hushed cities, stilled factories and countries in lockdown due to the novel coronavirus that has killed tens of thousands worldwide, Reuters reported.

If the moon is within 10% of its closest distance to the earth at the moment of full moon, it is considered to be a supermoon, according the Royal Observatory in Greenwich, London.

April’s full moon will be the closest supermoon of 2020, and it is also known as the ‘Pink Moon’ after the pink flowers that start to appear in the fields this month in some places.

Watching in Beijing was local resident Ding Linlin, who said: “The epidemic situation in China is getting better and better. This [moon] may represent something good... I’m happy when I see it.”

Mainland China reported no coronavirus deaths on Tuesday for the first time since the pandemic began and a drop in new cases, a day before the central city of Wuhan, where the virus emerged late in December, was set to lift its lockdown.

In Spain, where the virus is still raging and 743 people died in the last day to take the death toll to almost 14,000, residents of the capital Madrid clapped for health workers from their balconies and windows beneath the supermoon.