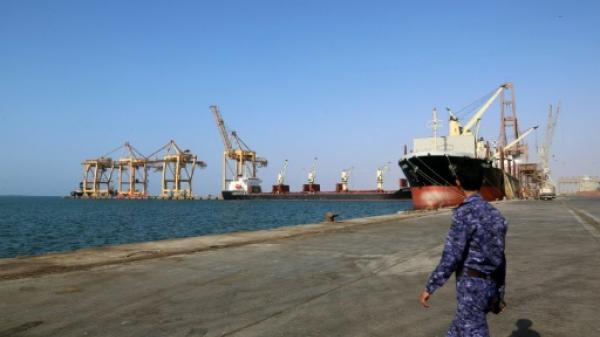 The Houthi group (Ansar Allah) on Thursday, accused the Saudi-led Arab coalition for supporting legitimacy in Yemen, of holding 17 ships of oil and food and preventing them from reaching the country.

The Houthi-run Al-Masirah TV, quoted an official source in the port of Al-Hodeidah, west of Yemen, as saying that "the naval forces of the Saudi-American aggression (the coalition) continues piracy activities against 14 oil derivative ships and 3 food ships, despite obtaining international entry permits in Djibouti."

The source pointed out that the oil ships carry more than 320 thousand tons on board.