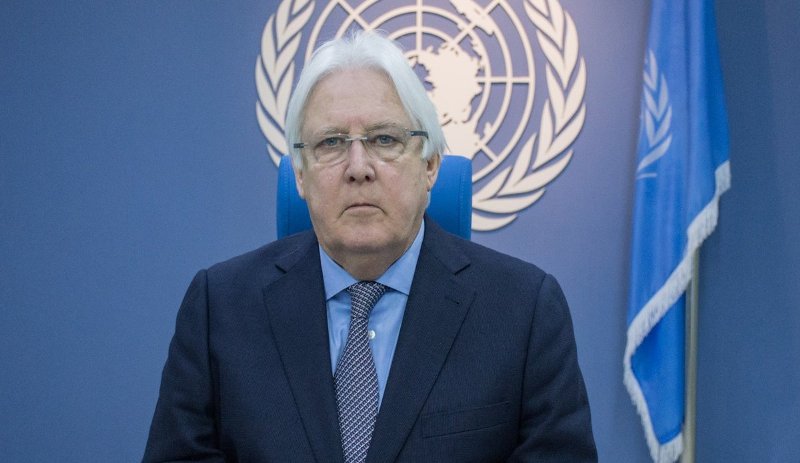 The UN special envoy for Yemen on Wednesday welcomed the announcement by the Joint Forces Command of a two-week all-inclusive ceasefire starting from Thursday.
"We welcome the announcement by the Arab Coalition's Joint Forces Command of a two-week unilateral ceasefire covering all ground, maritime and air operations in Yemen starting 9 April," Envoy Martin Griffiths said in a statement.
"I am grateful to the Kingdom of Saudi Arabia and the Arab Coalition for recognizing and acting on this critical moment for Yemen.
"The parties must now utilize this opportunity and cease immediately all hostilities with the utmost urgency, and make progress towards comprehensive and sustainable peace," Griffiths added.
The Special Envoy hopes and expects that the Coalition's ceasefire announcement will create a conductive environment for the parties to conclude these agreements in the very near future, the statement read.
Griffiths has been mediating between the parties to reach agreements on a nation-wide ceasefire, humanitarian and economic measures that will bring tangible relief to the people of Yemen, and the resumption of the political process to comprehensively end the war, according to the statement.
Earlier on Wednesday, the Saudi-led coalition announced a two-week inclusive ceasefire as of Thursday.
"This is renewable truce in support of the Yemeni government's decision to accept the UN Secretary-General's call for ceasefire" as part of preparations to counter ramifications of a coronavirus spread, the coalition spokesman, Turki al-Maliki, said in remarks carried by the Saudi Press Agency.