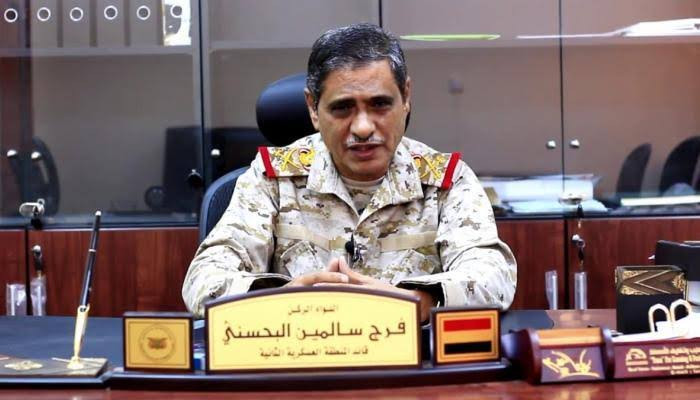 The Governor of Hadhramaut Governorate, Major General Faraj Al-Bohsoni, imposed a curfew in the eastern directorates of Al-Sheher, Al-Days, Al-Sharqiyah, Al-Raida and Qsaye'r from eight in the morning on Friday until six in the morning on Saturday, April 11, after the official announcement of the first case of the new Corona virus (Covid 19) in Al-Sheher city, on Friday, according to the Supreme National Committee to confront the Coronavirus.

This came in a message addressed to the leaders of the first and second military regions, local authority officials and health offices, which included a number of precautions and precautionary measures to confront the Corona epidemic at the forefront of closing the city of Al-Sheher permanently, cutting all ports leading to it, closing the city port and taking all safety and sterilization procedures for the port and it paved for a whole week extendable.

In his message, Al-Bohsoni stressed the continuation of the closure of public markets and mosques, the prevention of gatherings in Mukalla, Gail Bawazir, and the rest of Hadhramout's districts, and a curfew in all Hadramout districts from six in the evening Friday to six in the morning every day permanently.

The governor of Hadhramaut directed the health teams, rapid response teams and the corresponding health teams in the eastern directorates (Al-Sheher - Al-Days Al-Sharqia - Al-Raida and Qsaye'r) to perform their duty, and to support the security men to implement all precautionary measures according to the health plans.

The directives also included the implementation of a campaign to spray and sterilize public places, streets and public markets by the hygiene fund and the use of fire trucks for spraying and sterilization during the curfew in the eastern districts.

Al-Bohsoni called on the workers at Al-Sheher Port to abide by the quarantine and not contact for two weeks, and to communicate with health operations rooms in case of any symptoms of the Corona epidemic.

The account of the committee stated on the social networking site "Twitter" that the case was confirmed infected with the virus, and a press conference will be held later for the spokesperson of the Supreme Emergency Committee to reveal all the details.