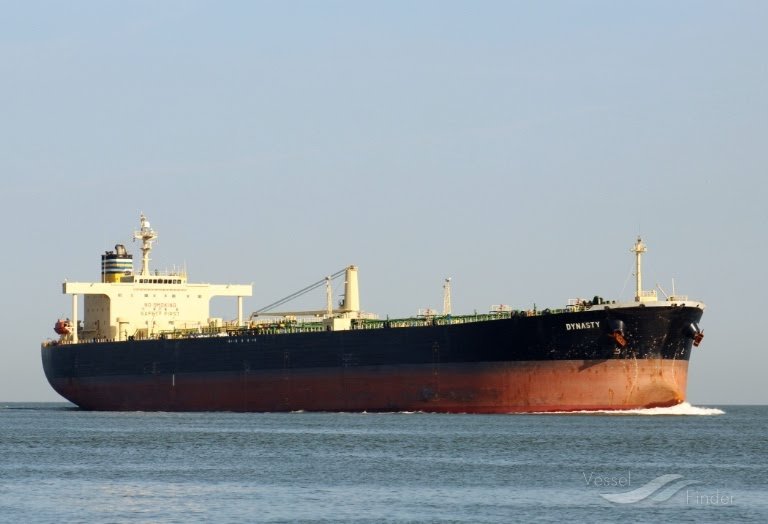 The Saudi-led coalition fighting in Yemen has forced one of the vessels detained off Hodeida port to return to Djibouti, spokesman for the Houthi interior ministry in Sana'a said late on Sunday.
The vessel Dynasty had been detained for 98 days before being forced by the Arab coalition navy to head for Djibouti "on the pretext of refueling, and denied access to Hodeida though coastguard offered facilities for its moorage and refueling," Gen Abdul Khaliq al-Ajri added.
"The tanker along with more than 29,000 tons of diesel aboard was denied access to the Yemeni western port of Hodeida by the aggression navy," the Sana'a-based Saba quoted the officer as saying.
"The coastguard operation room in the Red Sea offered the crew to refuel the ship at Hodeida port and spare them the unneeded longer trip to Djibouti for supply purposes, "but the offer was rejected on baseless pretexts," he claimed.
Dynasty is the first tanker detained by the coalition, so it had to be the first tanker arriving at Hodeida port, al-Ajri added.
Earlier on Sunday, the Houthis reiterated accusations against the Arab coalition of persistently detaining 22 oil tankers in the Red Sea, causing a severe oil shortage in northern areas held by the group.
These vessels have more than 144,000 tons of diesel, over 263,000 tons of petrol, 29,000 tons of gas and more than 100,000 tons of fuel oil, the Houthi-run al-Masyra TV reported.