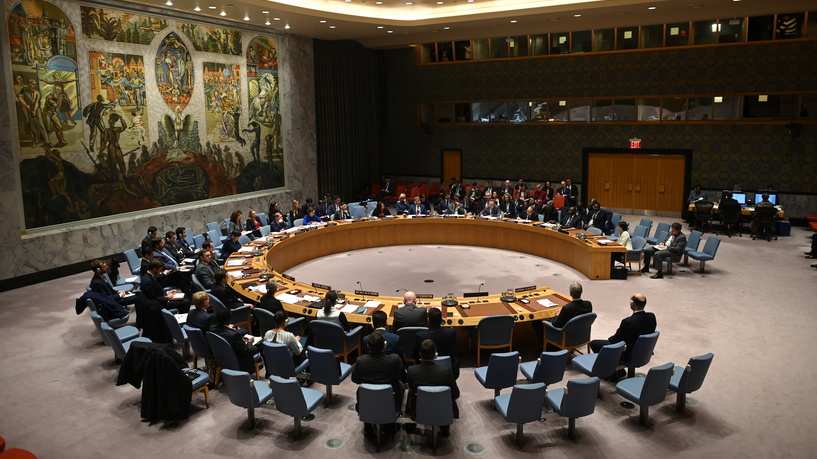 The UN Security Council on Monday expressed deep concern at the slow negotiations in Yemen, calling on parties to urgently agree to proposals reached through mediators.
In a statement, the UNSC called on Yemen's stakeholders to apply the Riyadh Agreement immediately and to adhere to well faith in order for peace to return to the country.
It also urged the parties to constructively engage with the UN special envoy for Yemen, Martin Griffiths, in implementing the mutually-agreed on arrangements to ensure regular inflow of fuel to the Yemeni western port of Hodeida.
The UNSC members expressed great anxiety about the growing risk of Safer tanker's explosion, which could cause environmental, economic and humanitarian disaster for Yemen and neighbors.
The Houthis need to immediately allow the UN technical experts an unconditioned access to assess the tanker, conduct any potential urgent repairs and report recommendations on how to take crude out of the FSO facility, the statement said.
The UNSC members expressed deep concern at Yemen's humanitarian situation and called on all donors to intensify lifesaving efforts in Yemen.
They also called for all steps possible to prevent COVID-19 spread among the most vulnerable people – women and children in particular – underlining the need for transparently responding to the pandemic and facilitating the healthcare workers' duty, particularly in north of Yemen.
Since March 2015, Yemen has been racked by an armed conflict between its internationally-recognized government (backed by a Saudi-led military coalition) and the Iranian-backed Houthis.