Neoconservatism and the War on Yemen 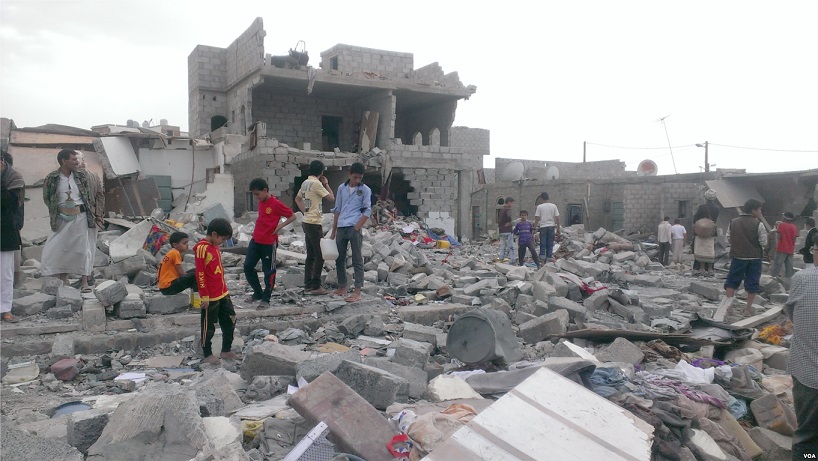 The United States has made mistakes in geopolitics (as powerful nations inevitably do), and we should acknowledge those. Even so, our nation has truly promoted these values abroad in myriad ways, as our enemies overwhelmingly have not. We should be proud of that American legacy, and we should want to honor and extend it as we can in the 21st century. It’s acceptable to have a few skeptics, but our conversations about foreign policy will be better and more productive if at least some people believe that America can be a force for good. If we’ve lost that spirit entirely, we may need to reconcile ourselves to reality of diminished influence and security for ourselves and our descendants.

Lu’s column seemed strange to me because it takes neoconservative talking points about benevolent global hegemony at face value more than fifteen years after the invasion of Iraq. I would have thought it obvious by now that neoconservatives and their allied hard-liners profess benevolent intentions while endorsing illegal and cruel policies that inflict enormous suffering and death on many other countries. Their professed concern for freedom is selective and cynical, and they have no interest in holding U.S. allies and clients accountable for their abuses and crimes. Their habits of exaggerating foreign threats and demanding military action when no U.S. interests are at stake haven’t changed and remain as dangerous as ever. They wrap up this toxic combination in rhetoric about liberal values and world order and then proceed to trample on the principles they claim to espouse. The U.S. has frequently resorted to the use of force around the globe over the last twenty-five years, and that use of force has usually done far more harm than good and it has almost always left the affected countries worse off than they were before. The U.S. and the world have no need for renewed interest in what neoconservatives are offering.

The “mistakes” of U.S. foreign policy impose staggering costs on tens of millions of people overseas. It is woefully inadequate simply to “acknowledge” them after the fact and then return to the same reckless ideological assumptions that made those “mistakes” possible. Indeed, it is not enough to call them mistakes. They need to be described accurately as crimes and abuses of power. If the U.S. can be a force for good in some situations, it is important to realize that it has been a destructive force in the parts of the world where it has been most willing to use force to achieve its goals. Across the Middle East and North Africa in particular, the U.S. has started, joined, or supported wars in the last two decades that have killed hundreds of thousands of people, displaced millions, and put many millions more on the cusp of starvation. All of this devastation hasn’t made the U.S. more secure, and continuing down this path will only create more enemies. Since the end of the Cold War, the U.S. has frequently used force when it didn’t need to in places where it had no reason to be involved against people that posed no threat to America. There is nothing good about that, and we should stop telling ourselves that there is.

As we speak, the U.S. is aiding and abetting the Saudi coalition in Yemen as it commits war crimes against civilians and causes the world’s worst humanitarian crisis. The U.S. has made itself the enemy of tens of millions of Yemenis who never did anything to us and posed no threat to anyone. Neoconservatives have nothing to say against U.S. support for the war on Yemen, because they are in favor of it. When the politicians aligned with them have talked about it, they have dutifully echoed Saudi talking points and voted against any measure that might restrict or halt U.S. military assistance to the coalition. As long as such despicable policies continue, conservatives and all other Americans should be focused on stopping these abuses of American power. Neoconservatives have absolutely no interest in doing that, and that means their message could not be less relevant to our current foreign policy woes.