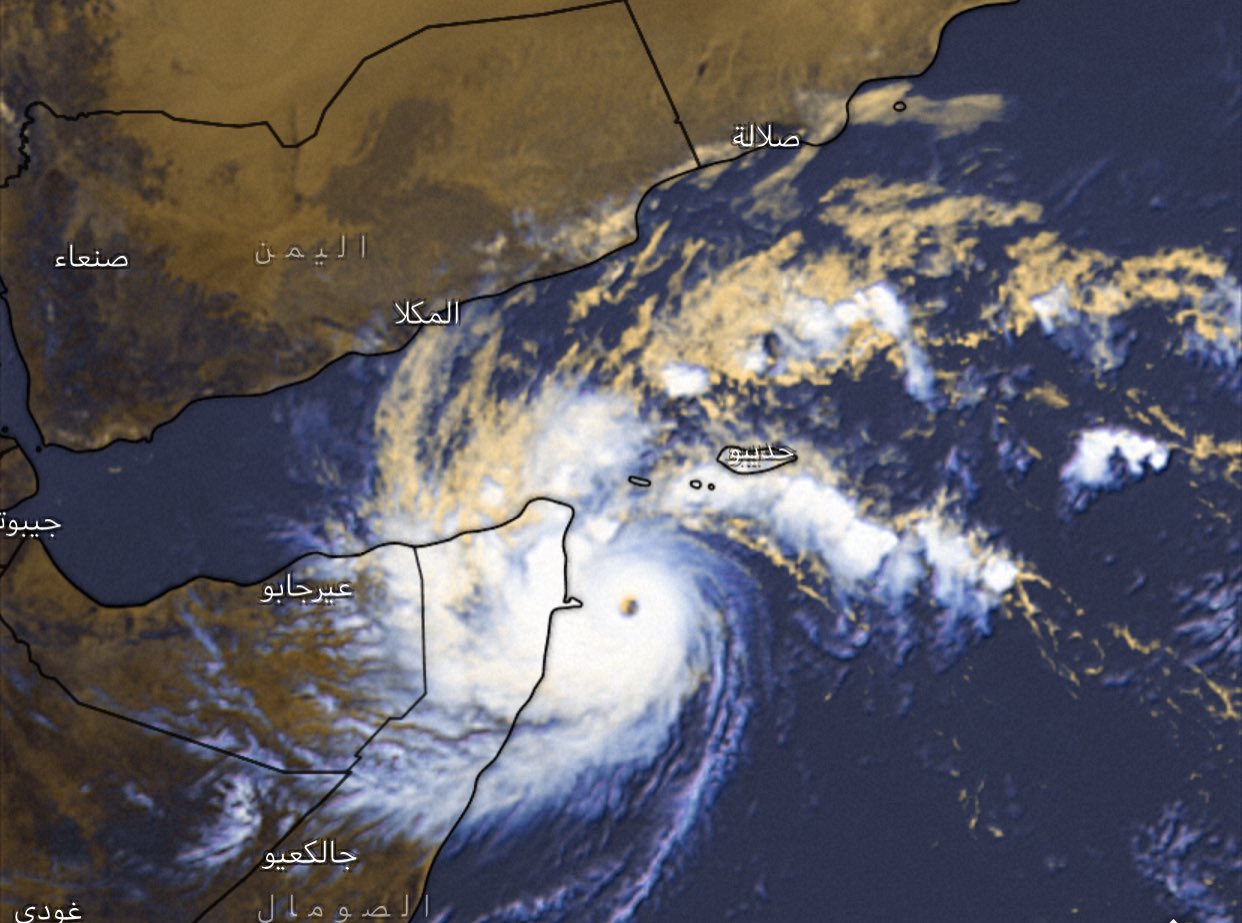 Aden (Debriefer) - The tropical cyclone 'Gate' is closing in on the Gulf of Aden, amid prospects that the storm would affect Yemeni south and eastern coasts.
After hitting Yemen's remote island of Socotra and some Somali areas in the last two days, Gate is feared to keep on shake beaches in the region and to reach the Gulf of Aden and Arabian Sea, the meteorology authority warned on Wednesday.
It is necessary to take full precaution and increase preparedness in the Yemeni governorates of Mahara, Hadhramout, Shabwa, Abyan and Aden, the authority added in a statement, in precaution for a visit by Gate in the next 24 hours.
Hadhramout, Shabwa, Abyan, Aden, Lahj, Taiz, Ibb and Dhalea are expected to see medium rainfalls, with noticeable disorder in affected seas due to strong winds brought by the cyclone.