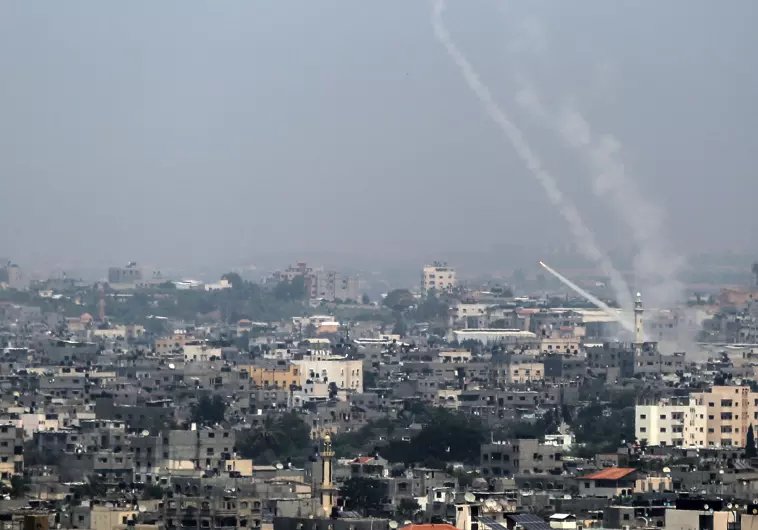 The army and Shin Bet security service believe that targeted killings are preferable to a wide-scale attack on the Gaza Strip, defense officials say

Israel made preparations in recent months to kill senior Hamas officials in Gaza in response to the violent protests at the border fence that began on March 30 and the launching of incendiary kites and balloons.

Defense sources say, however, that Israel has decided not to carry out such assassinations in order to exhaust the efforts by Egypt and the United Nations to broker a political arrangement instead.

According to the sources, the Israel Defense Forces and Shin Bet security service believe that targeted killings are preferable to a wide-scale attack on the Gaza Strip that could include ground troops.

The sources say that the killing of a senior Hamas figure could also lead to a harsh response by the organization and the beginning of a military campaign.

They say the IDF seeks to delay any broader conflict in Gaza until at least the end of 2019, when the above- and below-ground obstacle along the entire Gaza border is completed. The completion of the barrier will be the most important strategic event on the Gaza front, a senior defense official recently told a closed forum.

As an example of the effectiveness of targeted killings, the shooting last year of Mazen Fuqaha, a leader of the Hamas military wing, has been mentioned. Hamas attributes the shooting to Israel, though Israel has never claimed responsibility.

Fuqaha’s death was seen as causing confusion in Hamas; in any case, the organization executed three people convicted of cooperating with the gunmen.

The killing of Fuqaha created tensions between various factions in Gaza, and Hamas’ control of areas that were Fuqaha’s responsibility was disrupted.

Israeli defense officials say the possibility of killing Hamas leaders was in advanced stages of preparation. Alongside such killings, the IDF prefers attacks on Hamas’ strategic assets instead of a full-scale military campaign, and senior officers say the cabinet has not yet made clear what the goals of such a campaign would be.

As opposed to the denials attributed to senior Israeli officials of a Hamas-Israel cease-fire brokered by Egypt, Israeli officers say the escalation that began Thursday is over. Statements released by the IDF hinted at the end of the latest round, and on Friday morning the Home Front Command announced that routine life could resume in communities near Gaza.

Still, not one minister, including Prime Minister Benjamin Netanyahu and Defense Minister Avigdor Lieberman, commented on reports about understandings reached with Hamas.

Also, the IDF made clear that it had not committed to end operations in Gaza, adding that as far as it was concerned, the “cease-fire” meant a return to the situation in Gaza as of Tuesday – before Thursday’s escalation. The IDF thus remains free to operate without any agreement forcing it to change the status quo before the latest escalation.

In recent days, defense officials have concluded that Hamas has tried in the recent rounds of fighting to improve its position for negotiating an arrangement with Israel – a dangerous game.

The IDF is preparing for the possibility that the two sides will be forced into a military campaign that scuttles Hamas’ achievements since March, defense officials said.

Still, senior IDF officers say that it was right to stop the fighting Thursday to give Hamas a chance to understand the amount of damage it had suffered.

“When we attack 150 times, these are 150 bombs that hit the target,” a senior officer said. “Hamas understands very well what it has lost in the past few months; it can’t ignore it.”

The IDF has not attacked all the Hamas positions along the border fence, hoping to give the organization a chance to enforce a cease-fire if one is reached.