Socotra crisis: a turning point in course of Yemen war or a UAE maneuver to get special privileges? 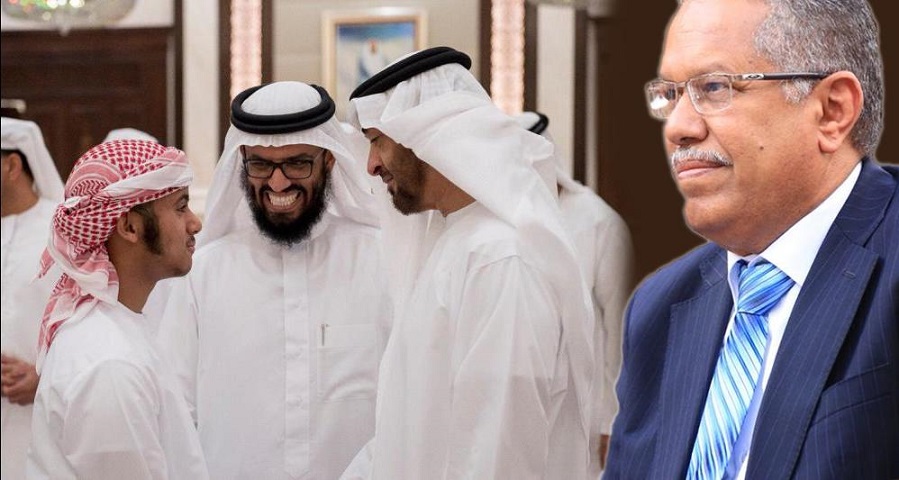 Yemeni forces were handed the air and sea ports of the Socotra archipelago by UAE troops after Saudi Arabia sponsored a deal ending the tensions between the internationally recognized of Yemen and the UAE on the archipelago.

The UAE troops took over Socotra during a visit by Prime Minister, Ahmed Ubaid bin Dagher, and several ministers to the island on April 30.

The Yemeni forces have raised the Yemeni flag on the ports confirming the Yemeni-UAE crisis was over.

Observers said that was a victory for the Yemeni government against UAE attempts to weaken it.

Many see the UAE's Socotra move came within the Gulf state's war against the government.

In March 2015, the Saudi-led coalition launched a bombing campaign against the Houthi forces that ousted the Yemeni government.

Some say what happened lately in Socotra is not like the media has pictured, and that there are issues that have not been unveiled yet.

A Yemeni diplomat told Debriefer that there are two interpretations on recent developments on Socotra; the first is that the Socotra crisis came within mounting pressure placed on the government to force it to give up other positions, but not exactly Socotra.

"They want ports and special privileges that the government is unwilling to give. I think such ambitions were the motive in the first place for the UAE participation in the Saudi-led military intervention in Yemen," said the diplomat who asked not to be named.

"The other interpretation is that the UAE takeover was based on exaggerated information by UAE proxies in the country, the southern transitional council in particular, that the government is weak and that all the southern people would be on the UAE side," the diplomat said. "But then they were surprised by reactions of the Yemeni people mostly southerners including the Socotra residents".

Nonetheless, some observers think the developments on Socotra were a turning point in the course of the war in the country.

"After all, it was a victory for the national will which has been shaken in the past years because of disputes between local factions" Habtour said.
"The government, which has been challenged by the UAE, turned the Socotra crisis into a victory. I expect the terms of the deal between the government and the UAE has addressed all political and security issues between the two sides".

However, others think Saudi Arabia was behind the Socotra crisis because it is seeking to take control of this archipelago.

Political activist, Khalid Al-Laboud, said: "the Yemeni government and Islah Party collided with the UAE with Saudi support. They deliberately chose Socotra as the battlefield for the because there have been no national forces loyal to the UAE on it".

"Saudi Arabia was searching for a pretext to intervene and take over Socotra. Now it is already there and dominating on the ground," Al-Laboud added.

The government-run Saba news agency said a Yemeni-Saudi committee reached a deal ending the tensions on Socotra through restored Yemeni forces to the Socotra air and sea ports, withdrawing all forces that were lately deployed, normalizing the situation  and launching a comprehensive relief and developmental process on the island.

"The UAE feels it is dominating in all areas liberated from the Houthi forces through its proxies including the southern transitional council in Aden, its militias including the Abu Al-Abbas's militia in Taiz and UAE-backed military units within the national army including the forces of Tariq Saleh that are fighting the Houthis alongside the government and coalition forces in western Yemen," Al-Laboudi elaborated.

"But because many have started to talk about its suspicious role, the UAE has started to search for any pretext to leave the country".