Who is killing Yemen’s clerics? Mystery murders are sending a chill through the mosques 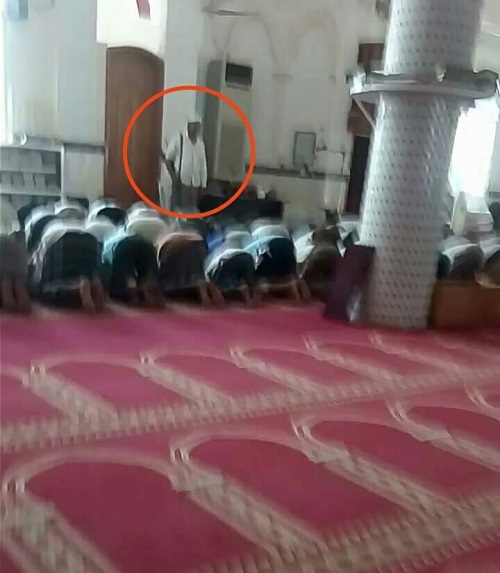 A white Toyota Corolla pulled up next to Safwan al-Sharjabi as he walked along a crowded road one evening this spring after buying medicine for his mother, witnesses recalled. A man stepped out of the car and fired at least four bullets into the slender, goateed cleric. He fell to the ground, blood pooling from his lower back.

Sharjabi became the latest Muslim cleric to die in a long series of unsolved murders. As many as 27 clerics have been killed in the past two years in Aden and nearby areas.

“Most people in the neighborhood knew Safwan and listened to his sermons,” said Mohammed Abdullah, 32, the pharmacy owner who saw the car speeding away. “He was influential. That’s the reason they killed him.”

But who killed him remains a mystery, though speculation runs rife. No group has claimed responsibility for any of the assassinations, and no perpetrators have been arrested.

The pace of the assaults has increased sharply since October with 15 clerics killed, including two last month, according to Yemeni officials and members of the religious community. All were attacked in drive-by shootings or killed near their mosques. Scores of other clerics have fled the city, and yet others have limited their working hours to stay alive.

In this chaotic southern Yemeni city, where local government is barely functioning and rival gunmen rule the streets, clerics have filled a leadership vacuum. As prominent community leaders, they now compete for authority with ambitious militias, al-Qaeda and the Islamic State. And that has made the clerics targets.

“With each killing, society is being weakened,” said Leila Shabibi, a Yemeni human rights and democracy activist. “The clerics were effective leaders in their communities. They solved disputes and gave advice. They were their communities’ teachers and spokesmen.”

The killings appear linked to a power struggle between the proxies of two American allies: Saudi Arabia and the United Arab Emirates. Those two Persian Gulf countries are together leading an armed campaign against northern Yemeni rebels known as the Houthis, who ousted the internationally recognized government of Yemen. But the Saudis and Emiratis have different visions for Yemen’s future.

Many of the assassinated clerics, including Sharjabi, were members of an influential Islamist political party, known as Islah. The Saudis view it as an ally, vital to Yemen’s rebuilding. The Emiratis, however, consider Islah members dangerous radicals linked to the Muslim Brotherhood, which is viewed by some regional powers as an extremist group.

Some of the murdered clerics also advocated keeping Yemen unified, while a powerful constellation of militias aligned with the UAE favors secession for the southern part of the country.

“This is a carefully thought-through and orchestrated campaign,” said Peter Salisbury, a Yemen analyst with the International Crisis Group. “The people who are being targeted are outside the new mainstream in the south, which is pro-secession.”

For decades, dating back to the time that Aden was a British colony, assassinations have been a method to gain influence in southern Yemen.

In this sprawling port city where the law enforcement and judicial system has collapsed, political killings have gone into overdrive. Both al-Qaeda and the Islamic State have staged numerous suicide bombings targeting government officials, soldiers and civilians. Men and boys clutching guns roam in pickup trucks, their allegiances unknown.

Assassinations are so prevalent that human rights groups hold conferences on how to deal with threats. Posters and billboards memorializing victims are visible around Aden.

The city has been in turmoil since 2015, when Saudi-led coalition forces and southern tribesmen pushed out the Houthi rebels.

In the south, the government is now nominally led by ousted Yemeni President Abed Rabbo Mansour Hadi, but the streets are ruled by a pro-secession jumble of militias called the Southern Transitional Council (STC) and its primary backer, the UAE. The secessionists have long been suspicious of Hadi’s pro-unity government, accusing it of corruption and of suppressing the south. They claim that the Islah party, which also favors a unified Yemen, is influencing Hadi and is in control of his government.

In January, the secessionists tried to seize the presidential palace that housed Hadi’s government, forcing Saudi Arabia and the UAE to send envoys to broker a cease-fire.

A senior U.S. official said some elements of the STC were likely behind the killings of the clerics. “Islah is really facing heavy pressure in Aden and elsewhere, both politically and security-wise,” said the official, who spoke on the condition of anonymity to speak freely.

But Brig. Gen. Shalal Ali Shaiya, head of Aden’s security and a top leader of the secessionist STC, denied speculation that his forces were behind the killings. He blamed Islamist extremists.

Secessionist officials said the Islah party was responsible for the clerics’ assassinations. These officials said Islah was killing the moderate clerics to replace them with those who are more extreme.

The 'highest of martyrs'

At a memorial service May 12, two days after Sharjabi’s assassination, relatives and friends described him as friendly and well-liked, a preacher with no visible enemies. In a commemorative banner, Sharjabi wore a cream jacket, pink shirt and sunglasses, looking more like a movie star than a cleric.

Like other clerics, Sharjabi played an important role in traditional Yemeni tribal society. He gave religious lectures on the Koran and morals. He brokered deals between angry neighbors and solved business disagreements. He provided advice to confused youth and served as a matchmaker to unite couples and families in wedlock.

He joined other clerics in mobilizing resistance against the rebels, raising money and food for anti-Houthi fighters.

In his sermons and on his Facebook page, Sharjabi did not shy away from expressing views against those ruling Aden, according to colleagues and friends. He urged youth to stay away from the pro-secessionist militias and denounced extremism. In some of his last Facebook posts, he railed against the authorities who “have caused us suffering” and wrote that the “highest of martyrs is he who says what’s righteous to an oppressing leader and gets killed for that.”

“Safwan always called for unity, as did all the other moderate clerics who were killed,” said Wael Farea, another Islah cleric. “He never saw anything good coming out of separation.”

Those closest to Sharjabi feared discussing his killing, but others were blunt in their blame.

“These assassinations have been carried out to serve some sides, from outside and inside the country,” said Ashraf Ali Muhammed, a local journalist, referring to the UAE and the secessionist militias. “These sides have threatened to expel Islah from the community.”

Sharjabi’s brother, Amr, interrupted and asked him to stop talking.

'We have to take precautions'

Across Aden, the assassinations have had a chilling effect on mosques. Some have shut down. Some clerics have stopped presiding over dawn prayers, when darkness offers cover for assassins. Others rotate their prayer schedules daily to avoid predictable patterns. Bodyguards are now common.

At the Hayel Saeed Mosque, there is no leader. Ali Ahmed Mahfouth al-Khatib fled Aden earlier this year after two clerics in nearby mosques were assassinated. He also discovered he had been named on a target list posted on social media, he said in a telephone interview from a location he did not want to disclose.

“The security forces and the authorities in charge of investigations have not done anything to protect the clerics or probe into who is behind these killings,” Khatib said.

He said he knows of at least 20 clerics who have fled Aden, noting that local media reports suggest the number is as high as 120. He refused to blame a culprit.

“As long as the war is ongoing, such actions are naturally going to continue happening,” he said.

That is what his followers fear. Worshipers take turns delivering sermons at the Hayel Saeed Mosque, a cream-colored building with tall minarets. None wanted to give their names. “We have to take precautions,” said one man leading the morning prayers. “Things are not normal.”

Outside another Aden mosque hangs a wall-length portrait of its late leader, Showki Khumadi. He had trained both Sharjabi and his colleague Farea. Three months before Sharjabi was slain, Khumadi was murdered. Two men on a motorcycle assassinated him as he approached a school to teach a Koranic course.

Now, Farea has stepped up, replacing Khumadi at the green-and-red-carpeted al-Thuwar Mosque. He, too, is pro-unity and is openly critical of the UAE and its proxies.

So Farea says he expects to die as well.

But he adds that he has already trained 10 more clerics.

“If something happens to me,” Farea said, “there will be others who will take care of Aden.”