How America Could get Pulled into a War In Yemen? 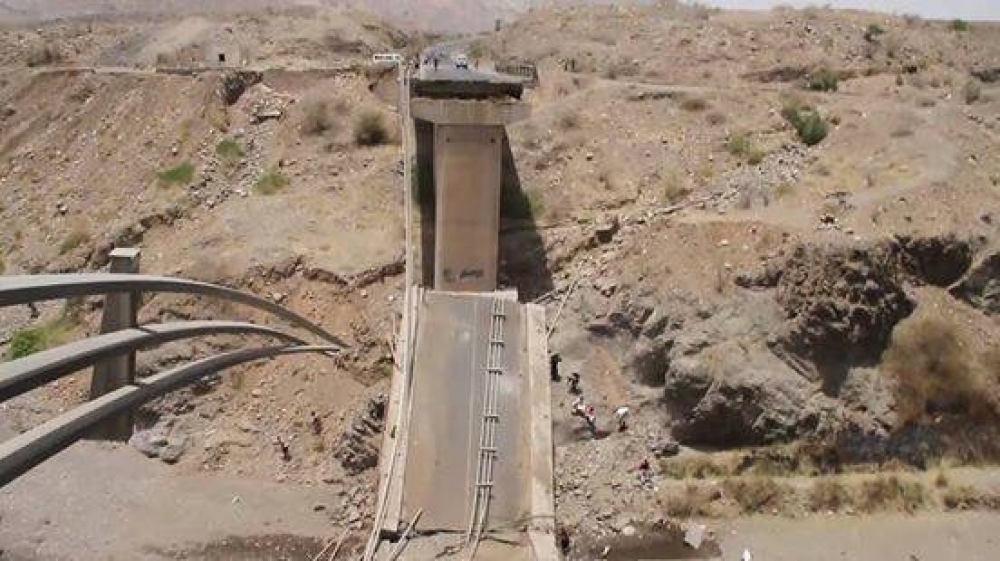 Now that the struggle for Syria is all but over, Yemen has become the focal point for the tussle for power and influence between Saudi Arabia and Iran—the two major powers competing for primacy in the Persian Gulf and the broader Middle East. The Saudis, having lost in Syria, are doubling their effort to deny what they perceive could be another victory for Iran in Yemen next door. The war launched by the Saudi and Emirati forces and their Yemeni allies against the Houthis, Zaidi Shias now in control of the capital Sanaa and broad swathes of northern Yemen, can, therefore, be expected to escalate and may even lead to direct confrontation between Saudi Arabia and Iran. This sounds plausible given threats by Crown Prince Muhammad bin Salman (MBS) to take the war to Iran.

The conflict in Yemen is portrayed in the Western press and in statements by American leaders as a sectarian battle between Sunnis and Shias. For example, President Obama, talking about conflicts in the Middle East in general, stated that they are “rooted in conflicts that date back millennia.” Leading New York Times columnist Thomas Friedman declared that in Yemen “the main issue is the 7th century struggle over who is the rightful heir to the Prophet Muhammad—Shiites or Sunnis.”

Such statements demonstrate an appalling lack of knowledge about conflicts in the Middle East in general and in Yemen in particular. The civil war in Syria became intertwined with regional and international rivalries between Saudi Arabia and Iran on the one hand and Russia and the United States on the other. But it did not begin as a conflict between Shias and Sunnis. Instead, it started as a multi-sectarian struggle for democracy and removal of the Assad dictatorship. Neither were the Saudi and Iranian interventions in Syria dictated primarily by sectarian animosities.

President Assad and his co-religionists, the Alawites, are not Shia by any definition although the Alawite religion, which is very secretive about its dogmas, is often portrayed as an offshoot of Shia Islam. In fact, the Alawitess are so heterodox that most Muslims, including most Shias, would consider them, as they would consider the Druze, as being beyond the pale of Islam. Bashar al-Assad, like his father Hafez al-Assad, has tried to pass himself off as a Muslim because it gives him greater political legitimacy as the ruler of a predominantly Muslim country.

Just as in Syria, where the Saudi-Iranian geopolitical rivalry based on realpolitik motives, was played out at the expense of the Syrian people, the Saudi-Iranian struggle for preeminence is a major factor in the Yemeni civil war. While the details of the two cases are not the same, Yemen, like Syria, demonstrates that it is not a sectarian fight with the Saudis supporting the Sunnis and the Iranians supporting the Shias.

The Houthis from the north are indeed Shia, but they are Zaidi Shias, which is a genuine offshoot of Shiism but very different from Iran’s Twelver Shiism and much closer to Sunni Islam. The Zaidi Imamate of Yemen was established in the ninth century and Zaidi Imams off and on ruled large tracts of North Yemen. From 1918 two powerful Imams, father and son, established their rule in almost all of North Yemen until it was overthrown in 1962 by a group of Arab nationalist officers, supported by President Gamal Abdel Nasser of Egypt, who proclaimed the Yemen Arab Republic.

A civil war ensued between the Republic and the Imam of Yemen. It is instructive to note that during this civil war that lasted five years the Sunni Wahhabi monarchy of Saudi Arabia was the principal supporter and arms supplier of the Zaidi Shia Imam of Yemen. The Saudi support for the Imamate and antipathy toward the Republic was the consequence of the rivalry between monarchical Saudi Arabia and Republican Egypt, which supported the Yemen Arab Republic. The Imamate collapsed in 1967 when Saudi Arabia withdrew its support. This episode demonstrates clearly that the Saudi role in Yemen in the earlier civil war was determined by strategic considerations, primarily the House of Saud’s fear that Nasser’s Egypt was spreading a pan-Arab and republican ideology that threatened its rule. It had nothing to do with sectarian considerations since most of the Republican side, like the Saudis, were Sunnis while the Imam of Yemen was a Zaidi Shia.

The same applies to Saudi Arabia’s policy today when it opposes the Houthis, the modern political incarnation of the Zaidi imamate that it supported not so long ago, because of their supposed association with the Saudis’ latest nemesis Iran. The difference in the two episodes is that in the 1960s Saudi involvement in the Yemeni civil war was discreet. Its current intervention in the war, the brainchild of Crown Prince MBS, is very brazen. Fighter jets belonging to Saudi Arabia and the UAE have strafed and inflicted heavy casualties on the common Yemenis killing hundreds and injuring thousands. They have also caused great damage to the already meagre infrastructure in Yemen, literally bombing it back to the Stone Age.

However, Saudi and allied attacks have made very little dent in the Houthi control of northern Yemen, including its capital. What the Saudi strategy has succeeded in doing is to drive the Houthis into Iranian arms thus making Tehran’s support for them a self-fulfilling prophecy. Saudi policy has provided Iran a God-sent opportunity to benefit from Riyadh’s callous military attacks and find a strategic foothold in Yemen. In response to Saudi attacks on the Houthis the Iranians have supplied arms, including short and medium range missiles, to the latter quite often through their proxy Hizbullah. This has provided the Houthis the capability to periodically fire missiles at strategic targets within the Saudi homeland.

The United States has become embroiled in the conflict for two major reasons. First, Yemen has become the last refuge of the AQAP, the most active arm of Al Qaeda, which the United States has been targeting for years. Second, American support for its ally Saudi Arabia is fueled by Washington’s antagonism toward Iran. Its alliance with Saudi Arabia is now based primarily on their common perception that Iranian influence in the region will increase if left unchecked. It is also driven by large Saudi purchases of sophisticated American weapons that help keep the American arms industry afloat. U.S. support for Saudi adventurism in Yemen has added to the humanitarian crisis in the country as the United States and its Western allies have turned a blind eye toward Saudi excesses thus providing Riyadh with the incentive to continue its harsh bombing campaign.

American policy has not achieved its objective of ejecting AQAP from Yemen. In fact, by supporting Saudi Arabia’s campaign to destroy the rudimentary infrastructure of the Yemeni state and thus degrade the residual capacity of the state to control territory it has provided AQAP the opportunity to expand its presence in Yemen just as American policy of decimating Iraqi state structures helped first al-Qaeda and then ISIS expand their tentacles in that country. Failed states provide the best breeding ground for terrorists.

Washington’s support for MBS’s aggressive policy toward Yemen will be counterproductive in terms of achieving American objectives in Yemen and in the region. It is likely to provide AQAP and possibly other jihadist organizations with the territorial space to build and expand their bases. Furthermore, in the long run it will redound to the benefit of Iran and its allies once Saudi Arabia is forced to end its intervention in Yemen as a result of sheer exhaustion if nothing else. Yemen’s topography, especially in the north which is the stronghold of the Houthis, is very much like that of Afghanistan making it extremely difficult for foreign interventions to end successfully. It is time Washington reassessed its strategy toward Yemen and disengaged from the Saudi-Iranian conflict that could drag it into another quagmire.

Mohammed Ayoob is University Distinguished Professor Emeritus of International Relations, Michigan State University, and a senior fellow for the Center for Global Policy. His books include The Many Faces of Political Islam  and, most recently, Will the Middle East Implode and editor of Assessing the War on Terror .

Mohammed Ayoob is University Distinguished Professor Emeritus of International Relations, Michigan State University, and Senior Fellow, Center for Global Policy. His books include The Many Faces of Political Islam (University of Michigan Press, 2008) and, most recently, Will the Middle East Implode (2014) and editor of Assessing the War on Terror (2013).