The Far Limit State and the Children of the Suburbs: 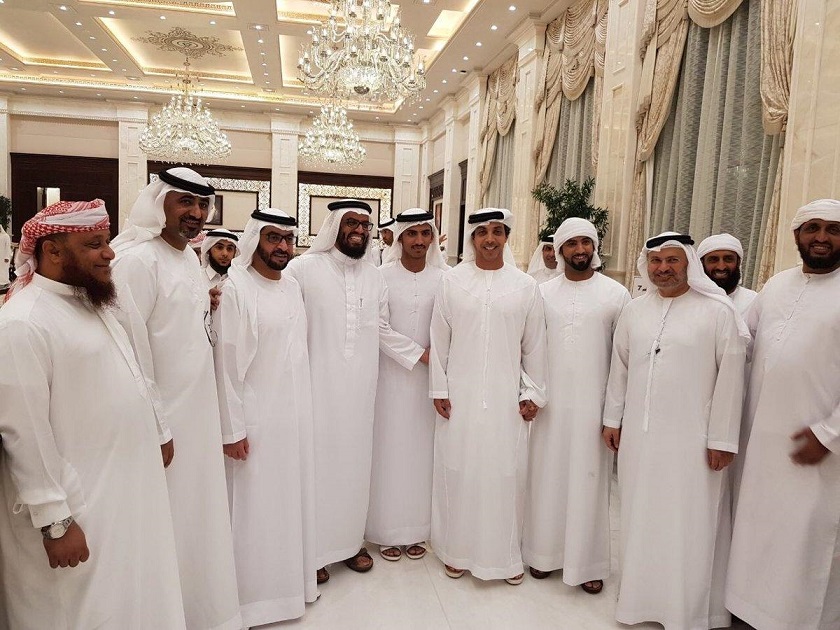 In late September 2014, some press websites and newspapers circulated a statement by Idaroos Az-Zubaidi, leader of the so-called Southern Transitional Council, in which he affirmed Iran’s support for liberation of the south, segregation of the north and south of Yemen, and a return to pre-1990 condition. This is actually the same attitude put in practice by the far limit state of the Arabian Gulf, led by Mohammed bin Zayed Al Nahyan.

Az-Zubaidi’s documented statements, published by Al-Tariq News on 7 September 2014, were not the first and will not be the last. The man had already announced his allegiance to Al-Houthi group and its leader, Abdul-Malik Al-Houthi. He even sent delegations to Saada to participate in the burial ceremony of the founding leader of the group, Hussein Badr-ad-Deen Al-Houthi. Also, Az-Zubaidi keeps direct contact with the sons of Zayed Al Nahyan (UAE rulers), so obsequiously that it probably reaches the level of sanctification. This is evident by the UAE dishdasha (male scarf) glued to his neck wherever he goes and the UAE flag decorating his office (rather than the Yemeni flag under which he swore to serve when he was appointed Governor of Aden, the interim capital of Yemen, by virtue of a presidential decree).

The scheme of dividing Yemen is clear and is led by the far limit state of the Arabian Gulf. It is implemented by the UAE policeman and proxy in the southern parts of Yemen, Idaroos Az-Zubaidi, who has also made acrimonious attacks against Saudi Arabia in the same statements he made to praise Iran, accusing KSA of disrupting the Peaceful Southern Movement and dismantling its components using political money. He also reaffirmed his position in later statements, accusing KSA of playing a pivotal role in the alleged fragmented condition of the southern part of Yemen, especially during his tenure as Governor of Aden (before he was sacked from office).

Referring back to the suspicious relationship of the man with the UAE oligarchy, it would be relevant to remind everyone of the huge quantities of arms and weapons, marked with Iranian brands, and seized by security checkpoints several times during sea patrols. Those arms and weapons disappeared quickly and were sent to “unknown” destinations, of course under leadership and supervision of the governor’s office and the Security Belt. The purpose of that is two-fold: 1) delivery of support to Al-Houthi forces, which were exhausted by the siege imposed by the Arab Coalition forces, and 2) inundation of the interim capital Aden with weapons and formation of several militias under several names, most notably the Security Belt.

Most of the smuggling operations in the southern parts of Yemen have been linked directly to the Security Belt, the main player in the south led by another proxy of the United Arab Emirates, Hani bin Brik. This man, in particular, is known for his ties to religious extremist groups and is believed to be behind the assassination of several key individuals (high rank officials from the police and the military, and also other leaderships) in Aden.