The UAE Model of Service to Israel: Egypt, Libya and Yemen as Examples 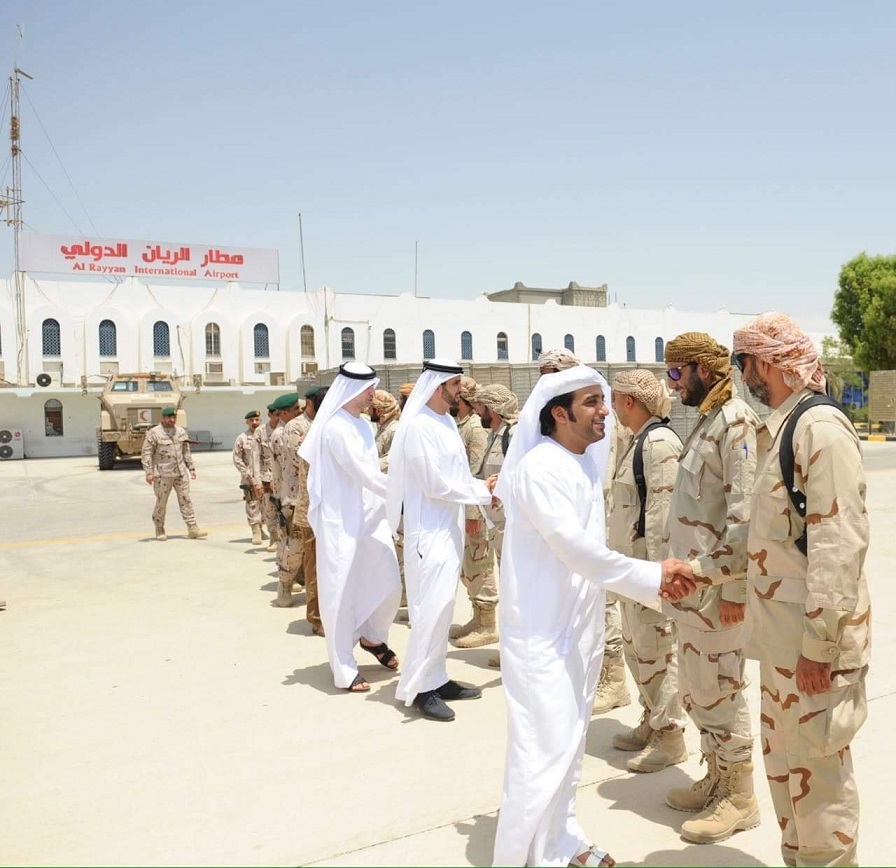 UAE interfered with Libyan affairs, dedicating its financial and military capabilities to raid Libyan cities, regardless of the lack of shared borders between both countries. The interference seemed so vehement as though UAE had a justified reason, such as defending UAE’s national security. In fact, none of the above could apply as to why UAE did that. Apparently, extravagant wealth in wrong hands can be a threat to oneself and to others. This is exactly what we see bodied forth by the disoriented Emirati type in the Arab region.

Peaceful Libyans were turned into extremist groups preying on each other and on the flesh of their national identity. Sophisticated weapons were provided to not-easy-to-control individuals. Emirati money was pumped to turn Libya into a swamp of blood. The truth is UAE did that infamous job very successfully. Evil states often succeed in destruction and murder of humans, but they always fail to bring back to life those whom they have murdered directly or indirectly, or to restore the damages they have inflicted.

In addition to destruction, disintegration and social fragmentation, Libya has fallen a prey to the proliferation of terrorist groups whose threat is not confined within the borders of Libya (turning the country into a long lasting conflict zone) but also extends across borders to neighbor countries, Arab as well as African. The recent events in Egypt are perhaps a testimony to the validity of this point. The murder of dozens of Coptic citizens and the possible consequent disintegration of the Egyptian social fabric are more or less the result of the UAE-funded brainwashing and disorientation of Libyan extremist groups, forcing the Egyptian army to make an unsolicited armed intervention inside Libyan territory. In this way, UAE managed to distract the attention and efforts of the Egyptian army away from the real lurching enemy, Israel. UAE’s dissipation of the capabilities of the Egyptian army is but a favor UAE does for Israel. The Egyptians would find it hard to understand that UAE – whose media machine strives to demonize Qatar and show it as the sponsor of those terrorist groups – is itself the real sponsor of these groups and a dedicated steward of Israel’s agenda in Egypt. That is because UAE knows for sure that the possibility of a Muslim-Coptic conflict is the greatest threat to Egypt, more than anything else.

After UAE rulers managed to create that hellish environment in Libya, and exported it to Egypt, they are seen today acting the same part in Yemen. Yemenis have never imagined that the new UAE rulers would be so full of venom and that they had abandoned the wisdom and insight of late Sheikh Zayed. If only the new rulers had learned even a little bit from him, they would not have done to Yemen and Yemenis what they have. They strive to disintegrate the social fabric in Yemen to fulfill their desire of seceding the north from the south so that they can easily impose their indirect rule over the south of Yemen.

For their purposes, UAE rulers even manipulated contradictory parties and played with the egg and stone at the same time, providing support for the Southern Movement in the south and for Saleh in the North. In addition, UAE also nurtured jihadi fundamentalist groups in Taiz: It has been demonstrated that UAE sent some of them to training camps in Libya. In this way, UAE turned Yemen into a zone of long-lasting tension, a minefield planted with hundreds of terrorists. UAE had those terrorists turn Taiz – the city of education, peace and culture – into a jungle infested with groups that spread death, postmortem mutilation and destruction everywhere in the city. Ironically, UAE send signals to everyone inside or abroad that the culprit is Qatar.

The problem with UAE rulers is that they want to force themselves and their country into dealing with a new variable, i.e. armed conflict between countries. They, therefore, have turned themselves (and their financial and military capabilities) into a tool for the benefit of others. The bitter fact is that UAE has chosen Arab land as a field to test its new policies, turning Arab land into complex conflict zones with repercussions that would take tens of years to address.

Anyone who attentively observes the conflict conditions created by UAE in Yemen, particularly in Taiz, would understand that UAE’s plan would not stop at Taiz. In fact, Taiz was a starting point. Taiz was particularly chosen because it was thought that its nature and structure would not allow for the proliferation of terrorist groups. But if UAE’s destructive pilot experiment succeeds in Taiz, it could be streamlined allover Yemen with much more ease, particularly with regard to fanatic groups with fundamentalist and violent dispositions. Fortunately, though, the timely disclosure of UAE’s wicked intentions shall bring doom to its project.

The culture of manslaughter disseminated in Libya, Yemen and Egypt – which holds no sanctity for women or children or old folks, nor respect for any specific ethnicity or religion – is a vicious culture that UAE rulers appear to have pledged to uphold for the Arabic and Islamic worlds. If only UAE had channeled it financial potential and military arsenal to the liberation of its 3 islands under Iranian occupation, its sacrifices would have been justifiable. Unfortunately, UAE chose to implement a pro-Israel agenda by tearing apart the Arab community, and has recently directed its compass toward the GCC community to shatter it into bits and put an end to GCC cooperation (bodied forth by the nature and goals of GCC). If other GCC states do not pay sufficient attention to the doom coming from Abu Dhabi, the scary scenarios of Libya, Egypt and Yemen will undoubtedly find their way into various GCC towns.