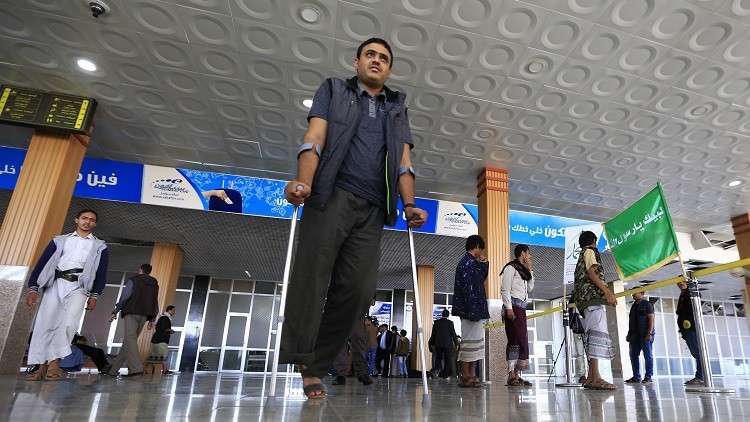 verified the identities of the injured evacuated to Muscat and there are no Lebanese or Iranian elements.

A UN commercial plane evacuated 50 wounded fighters to the Omani capital, accompanied by 50 escorts, three Yemeni doctors and a UN doctor as part of confidence-building measures between the Yemeni parties to prepare for the negotiations of Sweden, sponsored by the Special Envoy of the Secretary-General of the United Nations.  to Yemen.

"The government was provided with the names of the wounded and those accompanying them.", the spokesperson for coalition forces, Col. Turki, told Saudi daily Asharq Al-Awsat.

Yemen's foreign minister, Khaled al-Yamani, said on Friday his country and the Saudi-led Arab coalition would not allow any "terrorist" from Hezbollah and Iran's Revolutionary Guard to be flown by UN plane from Yemen to other locations under any pretext.

Earlier, Yemeni government spokesperson Rajeh Badi revealed that four Lebanese and two Iranians were on the list of wounded provided by the Houthis and whom it was trying to evacuate outside the country.

"We have intelligence confirmed that four Lebanese and two Iranians were on the list of wounded provided by the Houthis," Badi said in a press statement.