Repercussions of War in Yemen: a collapsing state disputed by militias with misleading projects 1/2 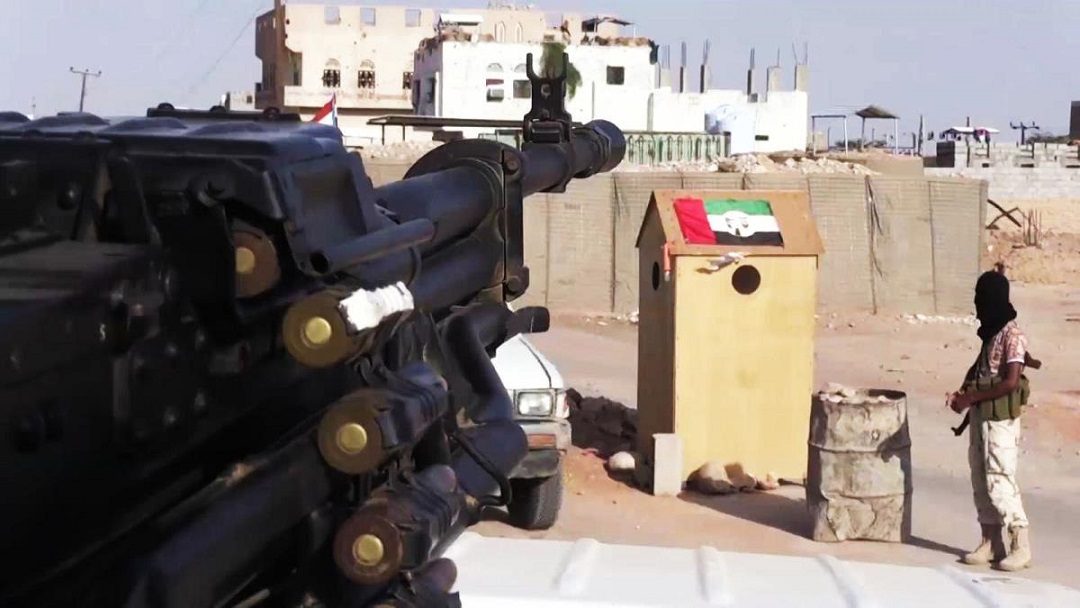 ADEN (Debriefer)--No one in Yemen knows when the war which has entered its fourth year will exactly end. Some are continuing to say an end to it is coming, but without saying when that will happen because even those don’t know when.

In reality, people are busy with other things than war. The majority of the population in this war-torn country of the Arabian Peninsula is coping with a deteriorating situation the simplest description of which is catastrophic in a collapsing state.

The war has pushed the country to the edge of famine, according to a report by Reuters. While the UN says more than 10.000 people have died in the ongoing conflict and that one in four Yemenis needs humanitarian assistance, a group of politicians are just talking about Yemen federation as the future shape of the country. Some are seeking secession and non-Yemeni identities.

In 2013, Yemenis held a national dialog conference to determine how the future state should be. The dialog was held under Gulf sponsorship through a Gulf Initiative which was delivered following the 2011 protests. Under the initiative, late president Ali Abdullah Saleh, resigned and relinquished power to the then vice president, Abd Rabbuh Mansour Hadi.

On 17th January 2015, the secretariat general of the national dialog conference published the draft of a new constitution agreed during the one-year conference. The draft contained 446 articles. 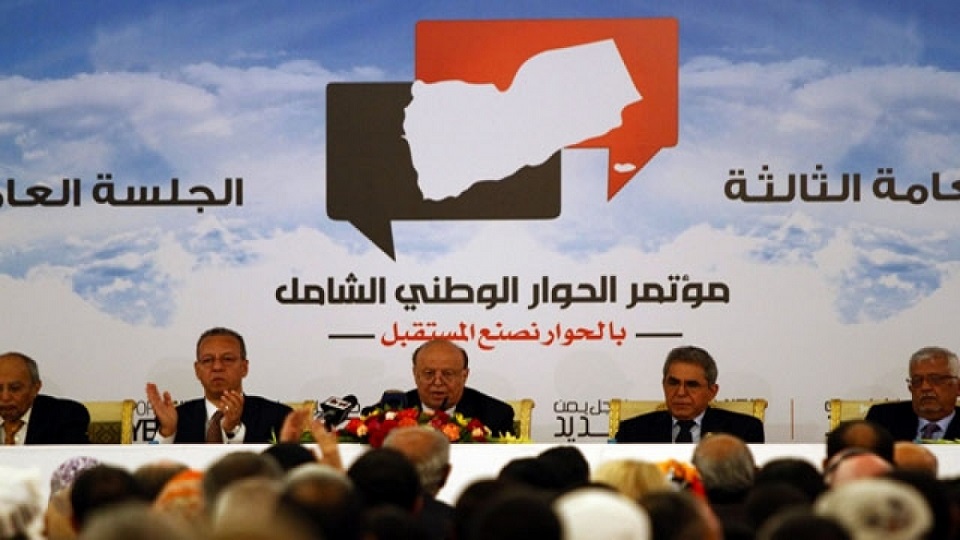 The first section of the new constitution contained the fundamental political, economic, cultural and social principles. The 14 articles in this section were about the shape of the state, nationality, legislation and citizen's rights. The first article stated that the republic of Yemen is a united civil and democratic federation. The second article stated that Islam is the religion of the state, and Arabic is the official language with Amharic and Socotri languages maintained. The third article stated that the Islamic law is the source of legislation. The fourth stated the people are the source of power and that the people exercise their power directly through elections and indirectly through the legislative, executive and judicial powers.

At that time, many were optimistic. But now the number of those who talk about the future state has now decreased, and they are talking about it pessimistically.

It seems the walk in the path of the federal state is difficult, if not impossible, as a UN report said there is not a true state in Yemen at the moment. What exists right now, according to the UN report, is microstates fighting each other in the country. 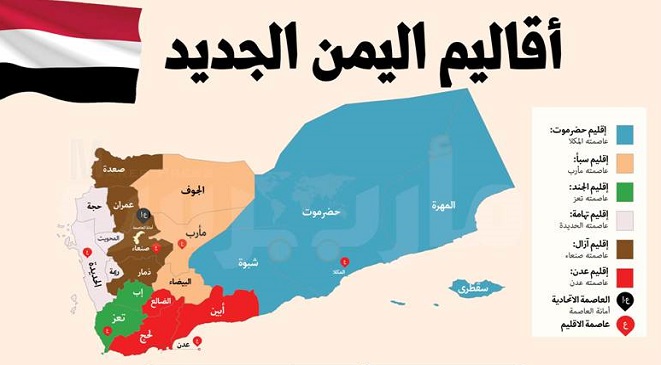 There are no signs the Yemeni factions will go to negotiations to end the conflict, and the mission of the UN envoy, Martin Griffiths, seems impossible, too.

Former vice director of the 14 October Press, Abdulfatah Al-Hakimi, told Debriefer: "at the present time, the project of the federal state is colliding with numerous armed factions that don't agree to shifting to a federation. The political scene is booby-trapped with anti-dialog language. It is an environment of malice and revenge in which players have chosen violence and armed conflict over the project of building a state with any model of governance".

The legitimate government can't control regions liberated from the Houthis until now. On the other side, the Houthis, who ousted the government on September 21, 2014, continue to control their regions with an iron fist. They are campaigning for a religious state loyal to their master instead of a modern civil and democratic state. Now they have ballistic missiles whose ranges can reach every GCC state without exceptions.

Al-Hakimi said: "key part of the idea of the alliance between the Houthis and their partners in the current war is based on rejecting the project of federation, as the legitimate government which adopts this project can't defend itself, principles and political goals". 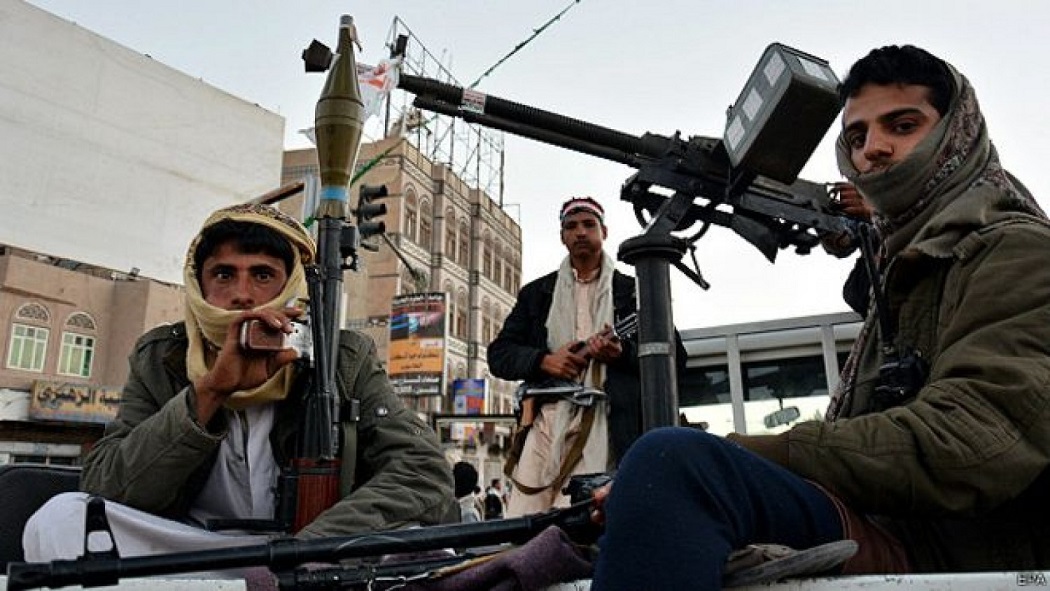 In Aden, things are clearer under those who rule the city. Earlier, secretary general of the southern transitional council and former Shabwa governor, Ahmed Hamid Lamlas, told a French newspaper: "the southern security apparatuses, on top of which are the security belt and regional elite forces are playing a key role in preserving security and fighting terrorism".

This council and its supporters never talk about Yemen. During my conversations with some leaders and based on monitoring council's statements to foreign media, they don't consider themselves Yemeni citizens. They argue that their council is the legitimate representative of the south. Many slogans have been written on houses and in streets to affirm their claim.

Months ago, a leader in this council criticized the claim that the south is not part of Yemen. I heard that while I was driving my car in one of Aden's streets along with a friend. I turned on the car's radio and heard member in the council's presidency, Murad Al-Halimi, talk to the UAE Al-Ghad Al-Moshreq radio: "I am from south Yemen, not from the Arabian south". 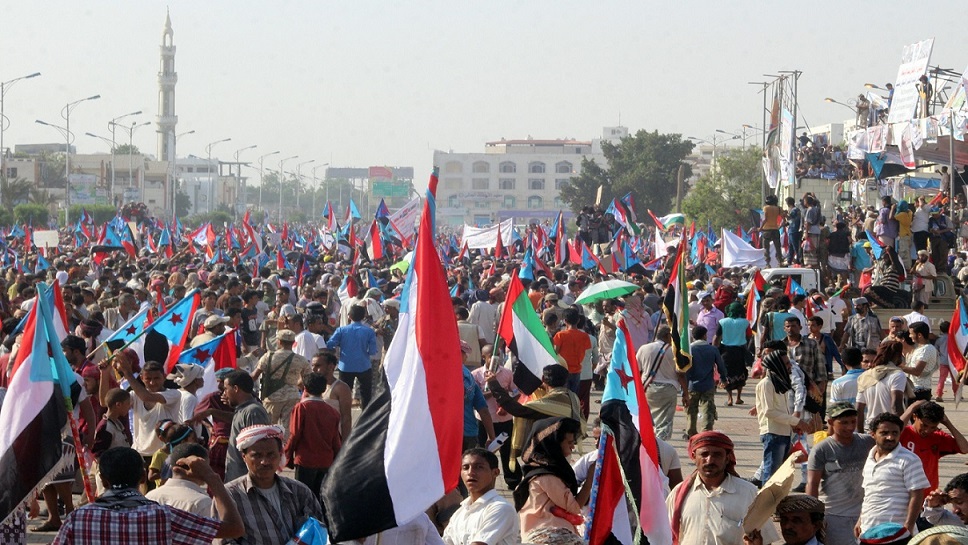 Al-Halimi's statement was unexpected, and probably that is why he has not since that time given more statements to media.

Vice director of the information department in the council, Mansour Saleh, said: "when we talk about Yemen, we should look from the perspective of separating the south from the north. The federal state will be a good option when the demand of the south disengagement is met. I mean the federal state should be based on two states in the north and the south".

In a political speech, Prime Minister within the legitimate government, Ahmed Ubaid bin Dagher whose government survived an attempted coup by the council on 28-30 January, said: "we have to think it over in order to straighten out this change of attitudes which has turned into extremism and chaos in our thoughts and behaviours and is taking us to uncertainty".

"The outcomes of the national dialog conference have been and will continue to be the most balanced result serving common interests and a democratic breakthrough in our life. They call for rejecting exclusion, marginalization and negligence, and that is why these outcomes are accepted by the majority of the Yemeni people. We should keep disagreements over them within a peaceful framework," bin Dagher said.

For the UAE-backed southern transitional council whose leadership moves smoothly between Aden and Abu Dhabi, the project of a six-region federal state was born dead.

Saleh, who worked as a journalist for the national dialog conference, said: "the project of a six-region federation was born dead because it was not a solution but rather a desire for disputes and targeting foes. In the north, the people of the Azal region which is home to the most powerful tribes including Hashid, Bakeel and Al Al-Ahmar were targeted. And the south was targeted as a cause through dividing it".

"However, it is still possible to solve the problem within the context of a two-region federation. One of the proposed six regions should be annexed to the south until the south is granted self-determination with international guarantees," Saleh said.

Nonetheless, not all southerners agree to what this council's representatives are calling for. A southern diplomat said it is impossible to maintain a unified Yemen if it becomes a federation from the south and the north.