The U.S. put a Yemeni warlord on a terrorist list. One of its close allies is still arming him.

TAIZ, Yemen — Last year, the Trump administration imposed sanctions on a powerful Yemeni Islamist warlord, accusing him of being a “prominent military instructor” and fundraiser for al-Qaeda who had also at one point “served with” the Islamic State and financed its forces.

But Abu al-Abbas is not on the run. He is not even in hiding.

By his own admission, Abbas continues to receive millions of dollars in weapons and financial support for his fighters from one of Washington’s closest Middle East allies, the United Arab Emirates, undermining U.S. counterterrorism goals in Yemen.

The UAE, along with Saudi Arabia, leads a regional coalition waging war in Yemen even as a humanitarian crisis there worsens. The coalition’s main goal is to defeat the northern Yemeni rebels known as Houthis and restore the country’s ousted government. The United States assists it with intelligence gathering, logistical support and the sale of billions of dollars in weapons and equipment — including several MRAP armored vehicles that have ended up in Abbas’s hands, according to one of the warlord’s top aides and photos publicly available online.
“The coalition is still supporting me,” Abbas, 47, said in a rare interview this month in a heavily guarded house in the southern city of Aden. “If I really was a terrorist, they would have taken me in for questioning.”

To the extent that it is strengthening suspected extremists, the coalition is working against U.S. efforts to defuse global threats emanating from southern Yemen, where the Trump administration is waging a separate conflict against al-Qaeda’s Yemen affiliate and a nascent branch of the Islamic State. The al-Qaeda affiliate has targeted the United States several times, and U.S. officials consider it the terrorist network’s most dangerous arm.

Abbas’s case underscores the awkward alliances and odd bedfellows that pervade all sides in Yemen’s four-year war. Archenemies have turned allies. Secessionists fight alongside those favoring a unified Yemen. Socialists are in the same camp as Islamists, who themselves come in various ideological shades.
Increasingly, the divisions are touching off sub-conflicts intensified by tribal rivalries, political ambitions and the quest for influence. In such a tangled and fragmented landscape, the priorities driving the primary war against the rebels often clash with the priorities of the U.S. war against Islamist extremists.
“We are aware of these reports and are seeking additional information,” said Cmdr. Rebecca Rebarich, a Defense Department spokeswoman, referring to the coalition’s arming and financing of Abbas, who uses a nom de guerre. His name, as stated on the U.S. sanctions list, is Adil Abduh Fari Uthman al-Dhubhani.

Neither the UAE government nor the Riyadh-based coalition responded to requests for comment.

U.S. weapons sold to the coalition have killed and injured thousands of Yemeni civilians. Those casualties, and warnings of famine, prompted the recent Senate vote to end U.S. military backing for the coalition. The Senate also held Saudi Crown Prince Mohammed bin Salman responsible for the October killing of Jamal Khashoggi, the Saudi-born Washington Post contributing columnist whose murder has triggered greater scrutiny of the prince’s conduct in the war in Yemen. 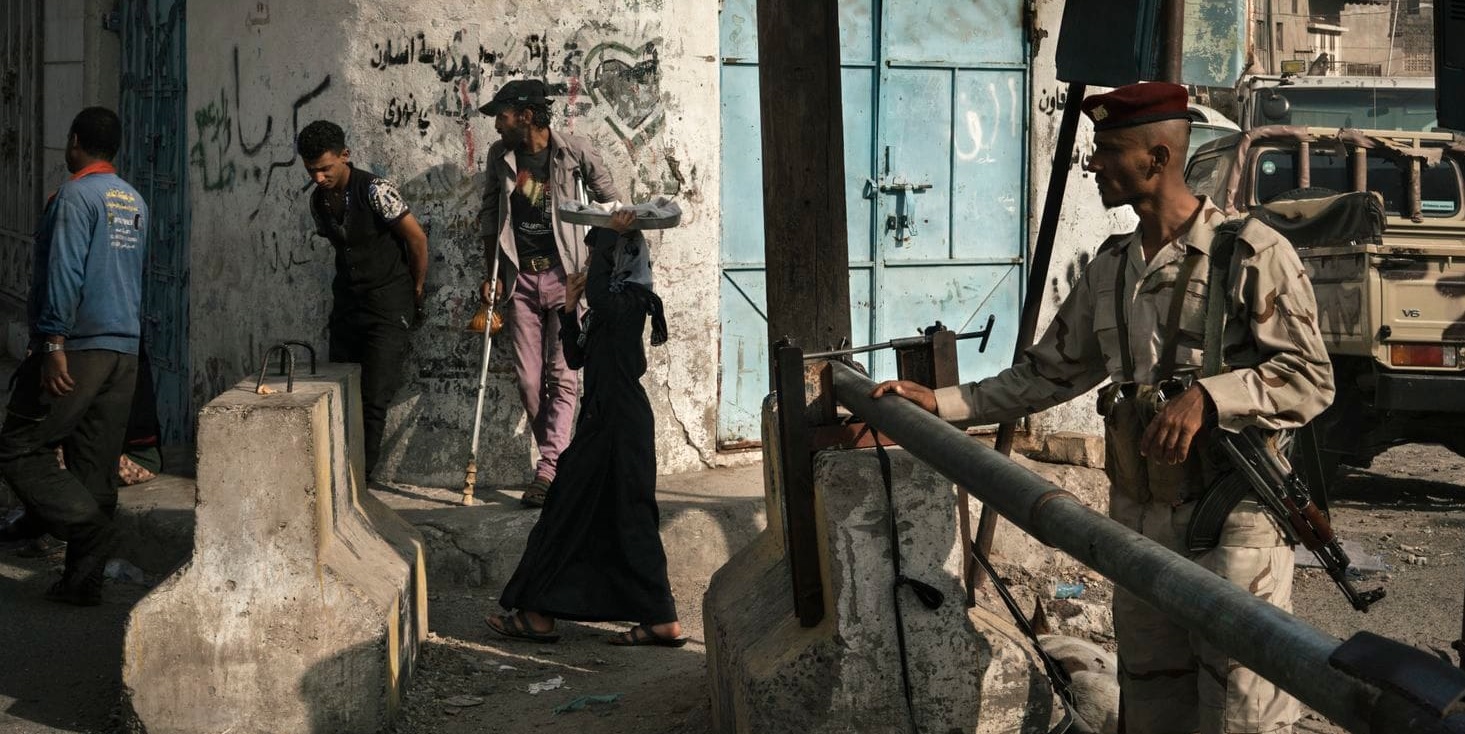 The funding of Abbas raises more questions about that conduct. Even as the UAE states that it’s a key partner in the United States’ counterterrorism fight here, Abbas — a follower of the ultraconservative strain of Islam known as Salafism — is a linchpin of the Sunni Muslim coalition’s strategy for defeating the Shiite rebels and, by extension, their ally Iran. The warlord is also vital to the UAE’s long-term ambitions of exerting influence over southern Yemen.
A senior administration official told reporters in Cairo earlier this year that the United States knows there are coalition-backed militias in the south-central city of Taiz, where Abbas operates, that are “al-Qaeda all but in name, and in some cases openly identifying themselves with al-Qaeda.”

Asked whether the United States is concerned about the coalition’s support for Abbas and other Islamist militias, the official, who spoke on the condition of anonymity to discuss sensitive matters freely, said the UAE “preferred to work with” some Islamic fundamentalists who serve as a “counterweight” to its enemies in the south. Under such circumstances, the official acknowledged, “it’s very easy for al-Qaeda to insinuate itself into the mix.”
Al-Qaeda in the Arabian Peninsula, or AQAP, as the Yemeni affiliate is known, was responsible for sending parcel bombs on flights into the United States in 2010 and a failed plot to bomb an airliner over Detroit on Christmas Day 2009, among other attacks against the West.

The tribes’ loyalties are constantly shifting: The coalition, especially the UAE, has paid some of them to abandon al-Qaeda, according to U.S. officials and commanders of coalition-backed local forces, while others continue to fight alongside the militants.

In the central province of al-Bayda, tribes aligned with both al-Qaeda and the Islamic State are battling the Houthis, and tribal leaders and local officials said the coalition is arming and financing them.


“At the same time,” said Ahmed Fadhil Abu Suraima, the province’s deputy governor, “they try to make it appear in the media that they are with the United States and they are fighting against al-Qaeda and the Islamic State.”

When the Houthis seized Taiz in 2015, Abbas joined tribal forces that drove the rebels to the city’s outskirts, where they remain. The coalition has since merged Abbas’s militia into the army. But his 3,000 fighters follow only his orders.

Abbas, who is 5 feet 6 inches tall with a wispy black beard, is now in a struggle against other coalition proxies for influence in Taiz. His main foes are militias aligned with Islah, an Islamist party viewed by the UAE as a radical wing of the Muslim Brotherhood and a threat to its aspirations in southern Yemen.

“He has become a type of indispensable man for the UAE in Yemen,” said Nicholas Heras, a Middle East expert at the Center for a New American Security, a Washington-based think tank.
Abbas denies the terrorism allegations, saying his opponents in Taiz fed U.S. authorities false intelligence. Yet he admits that his militia fought alongside al-Qaeda and Islamic State fighters when the Sunni extremists joined the resistance. Some militants, he said, operated in areas he controlled. But he said that “we didn’t approve of their ideology” and that his men later pushed them out.

In Taiz, senior pro-Islah military commanders questioned why the coalition continues to arm him after he was placed on the U.S. sanctions list.

“According to the information I have, he still provides protection for those outlaws,” said Sadiq Sarhan, who commands the Yemeni army’s 22nd brigade.

Others defend him, citing his efforts against the rebels. “We know Abu al-Abbas as a fierce fighter on the battlefield,” said Arif Jamil, one of the city’s deputy governors.

Abbas said he has asked the coalition to conduct an investigation to “bring out the truth” and clear his name.

“I am even willing to be taken to the United States for questioning,” he said.