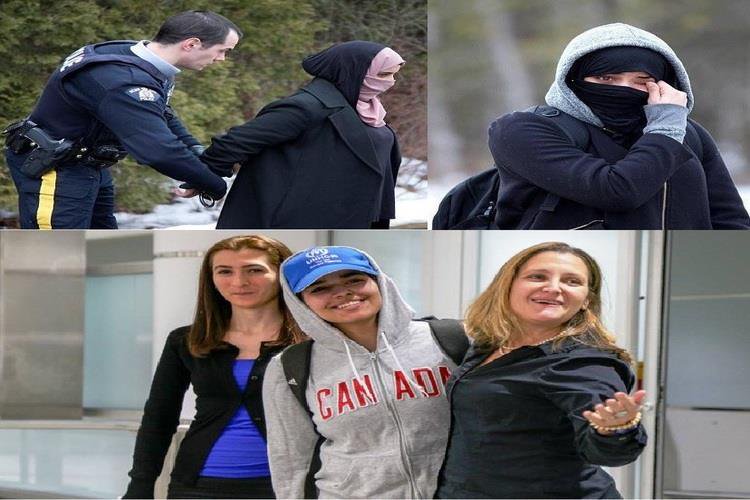 Activists and journalists have criticised Canada's double standard towards refugees and humanitarian issues as the Canadian authorities are still denying asylum for two Yemeni girls.

The criticism started after Canada granted asylum for Saudi girl Rahaf Al-Qunun, 18, who fled her family, first to Thailand. They compared between Canada's response to Rahaf's asylum request, and its response to the asylum request of Yemeni girl Nada, 22, and her sister who fled war and the world's worst humanitarian crisis two years ago.

Granting asylum for the Saudi girl was politically motivated, they said, referring to a rift between Saudi Arabia and Canada following comments of Canadian authorities on human rights in Saudi Arabia in August.

Moreover, they published pictures of Canada's warm and official reception of Rahaf and the arrest and cuffing of the Yemeni girls. The two Yemenis entered Canada from the United States of America after US President Donald Trump had put Yemen on a travel ban list of seven Arab and Muslim countries.

After Rahaf arrived in Canada, Canadian foreign minister held a news conference in which she presented her as a brave new Canadian.

Rahaf's story started when she appealed on Twittr for help after she had fled her family during a visit to Kuwait and then to Thailand. In Thailand, she planned to apply for asylum in Australia, but then organisations and Canada intervened and helped her move to Canada. Her case has drawn global attention to suffering of the women in Saudi Arabia.

Her story convinced Yemeni girl Nada to create a twitter account through which she has appealed to the international community and humanitarian organisations to look into her case and put pressure on the Canadian authorities to grant her and her sister asylum.

She appeared in a live video on Twitter crying and explaining their suffering including staying away from their mother for three years, and requesting Canada to accept their asylum request.

While activists compared between the two cases by saying Rahaf applied for asylum through the UN on grounds she had been persecuted for converting her religion, but the Yemeni girls entered Canada illegally, Nada said in the videotape that she had applied for asylum officially but the Canadian authorities rejected her request. The Canadian authorities told her that her request had been turned down because of an agreement Canada signed with the USA on migrants crossing the border between the two countries, she said.