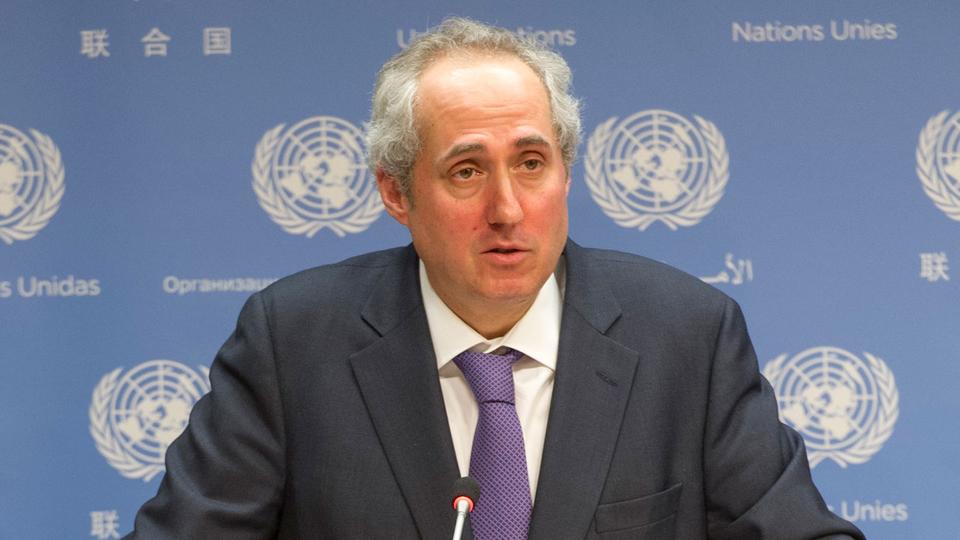 The United Nations said on Thursday evening that its special envoy to Yemen, Martin Griffiths, had found a response from the leadership of the Houthis (Ansar Allah), Yemeni President Abdrabbuh  Mansur Hadi and the Saudi-led Arab Coalition on the implementation of the Swedish agreement.

Griffiths left the Yemeni capital Sanaa Thursday after a four-day visit as part of his diplomatic efforts to push for the implementation of the agreement signed a month ago in the Swedish capital Stockholm between the Yemeni parties.

Yemen has been racked by a civil war between the government of internationally recognized president Abdrabbuh Mansur Hadi and the Iran-backed Houthi Group since late 2014. The conflict escalated after the coalition intervened to restore Hadi's government in March 2015, resulting in the world's worst humanitarian crisis.

" Martin Griffiths, has been talking with the Houthis Leader, Abdulmalik Al-Houthi, senior political officials of the group, and representatives of the group in the capital Sana’a “to discuss the rapid and effective implementation of the Stockholm Agreement ." UN Spokesperson Stéphane Dujarric said in a statement.

He also discussed the deployment of UN staff in support of cementing the fragile ceasefire, and withdrawal of Houthi and pro-Government coalition forces in and around the crucial port city of Hodeida.

The Special Envoy also discussed the resumption of political consultations, stressing the importance of achieving substantial progress in implementing the Stockholm Agreement, as we move towards convening the next round of consultations.”

During his visit to the Saudi capital Riyadh this week, Griffiths said he had gained assurances from Yemeni President Abdrabbuh Mansur Hadi and the Saudi-led coalition of their continued commitment to respect and fully implement the agreement.

The envoy said leaders of both parties had “demonstrated the necessary flexibility and good faith regarding the timelines for implementation and the technical challenges that need to be resolved on the ground.

The parties also recognize the political and humanitarian importance of the full implementation of the Stockholm agreement. The Special Envoy reiterated the commitment of the United Nations to continue working with the parties to overcome any challenges in this regard.”

The Yemeni warring parties, legitimate government and Houthi rebels, have traded blames for hindering the pact application, while the UN envoy on 9 January briefed the UNSC on noticeable progress, despite difficulties facing the deal.

The International Observer Mission in the province of Hodeida, heading by Gen. Michael Lollesgaard has four main tasks: first, to follow up compliance by the parties to the conflict to the Stockholm ceasefire agreement in Hodeida province, which came into effect on December 18, and the mutual redeployment of forces from Hodeida, and  Hodeida ports, Salif and Ras Issa.

The second task is to work with the parties to ensure the security of the town of Hodeida and its three ports by the local security forces, in accordance with Yemeni law.

The third task is to facilitate and coordinate United Nations support to assist the parties in the full implementation of the Ceasefire Agreement. The fourth task is to lead and support the Coordinating Mechanism for the redeployment of forces loyal to the internationally recognized "legitimate" Yemeni government, supported by the Saudi-led Arab Coalition and Houthi group (Ansar Allah) forces backed by Iran.