UK: We have shortening window of opportunity to turn ceasefire into durable path to peace 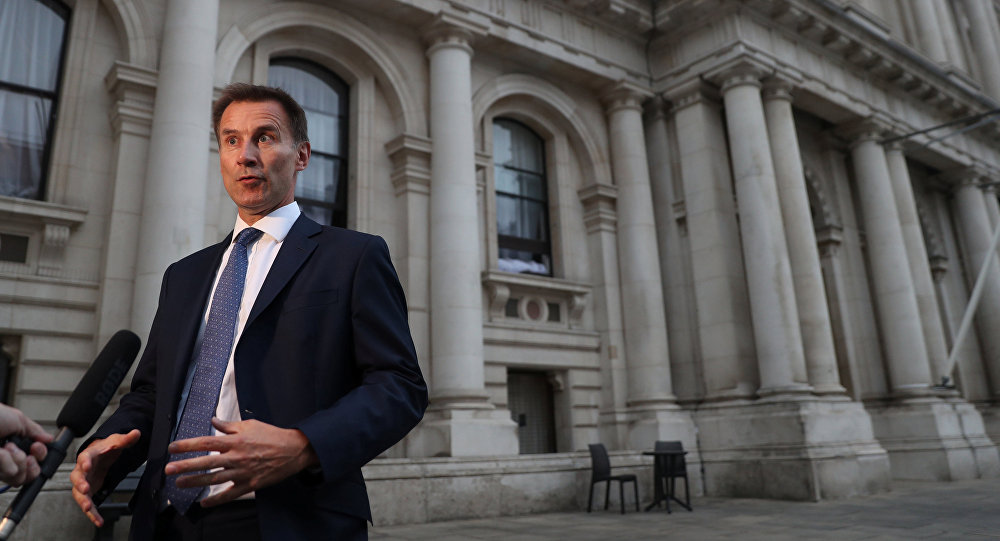 British Foreign Secretary Jeremy Hunt said on Wednesday that the chance to turn the cease-fire agreement in Yemen between the parties to the Yemeni conflict in Sweden to a comprehensive peace plan is diminishing.

"We now have a shortening window of opportunity to turn the ceasefire into a durable path to peace - and stop the world’s worst humanitarian crisis.", Hunt said in a statement to the British Foreign Office on Wednesday ahead of a meeting with his US, Saudi and US counterparts in the Polish capital Warsaw on the sidelines of an international conference on the Middle East. the world".

The British minister said that real progress has been made to reach a political solution but there are also real issues of trust between the two sides which mean the agreement in Stockholm has not been fully implemented.

He added: "So more must be done. Today, I will chair a meeting in Warsaw of my US, UAE and Saudi Arabian counterparts to give UN envoy Martin Griffiths our full backing and undertake to redouble efforts to reach a lasting political resolution".

He stressed: "Yemen’s devastating famine is a man-made economic crisis not a natural disaster. Today we can make clear strides to support the government of Yemen, including on practical steps to improve Yemenis’ lives, such as resuming the payment of government salaries to civil servants. This significant step could improve access to food for millions".

At the end of last December, British Foreign Secretary Jeremy Hunt described the agreement between the parties to the conflict in Yemen, concluded at the conclusion of Sweden's consultations on a cease-fire in the coastal province of Hodeidah, as "very fragile".

At the time, Hunt told the House of Commons that everyone was still in a dark tunnel, because the cease-fire agreement in Yemen was very fragile.

Foreign Secretary Jeremy Hunt, with US Secretary of State Pompeo, will co-host a meeting of the Yemen Quad - Foreign Ministers of the UK, UAE, USA and Saudi Arabia - to discuss the Yemen crisis, in Warsaw later today.

Britain is seeking to have a hand in finding appropriate solutions to the conflict in Yemen, which has caused "the worst humanitarian crisis in the world," according to UN, with more than 22 million people in need of aid 8.4 million of whom are on the brink of starvation, according to the United Nations.

The conflict in Yeme has killed some 11,000 civilians, wounded hundreds of thousands, displaced three million people inside the country and fled thousands outside.