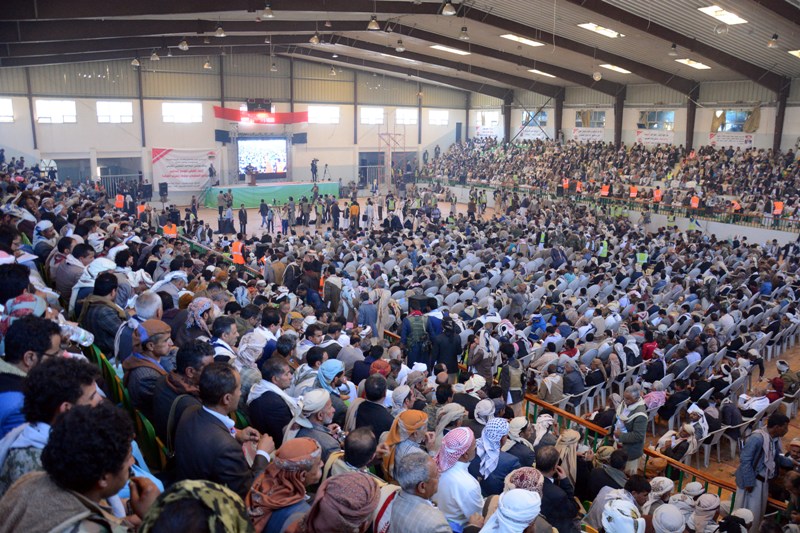 Yemen's Houthis declared on Sunday the immediate start of applying the 'tribal honor convention', which the group promoted in 2015, in order to confront opposing tribes.

The rebel group had formed 'Yemen's Wise' council, comprising a set of loyal tribal sheikhs who met on Sunday to adopt detailed implementing rules of the 9-provision convention aiming at "activating the tribe's role in defense and security, and organizing its [tribe] affairs to be prepared for effective participation in opinion and decision-making, in maintaining community principles and in improving system performance."

Observers see the convention as a means for sowing disputes and discord and fueling revenges among Yemeni tribes, citing the nearly two-month battles waged by Houthis against Hajoor Tribes in Cashir District of Hajjah Governorate.

But pro-Houthi media hail the tribal document as insistence on "adherence to Islamic teachings, good norms of ancestors, steadfastness in confronting the aggression," and criminalization of those found to be in collaboration with Arab coalition.

The convention rules "include announcement for the launch of general community reconciliation between different tribes and national entities .. and for the establishment of a provincial union council and follow-up committees to organize and activate tribes' role," said the outlets.

Houthis have started a widespread offensive since last January on Hajoor tribal areas, amid strong resistance by tribesmen who have repelled rebel control, with Saudi-led coalition warplanes backing the tribes and launching periodic strikes on Houthi reinforcements and equipment.

Houthi forces could not take control over Hajoor tribal areas, despite the rebel siege of the district and their large masses that opened new fronts with tribesmen fortified in rugged mountains.

At Sunday tribal meeting, Houthi leader claimed that the document "aims to fortify the internal front and to give Yemeni tribe its role in tackling challenges, particularly aggression on Yemen."

"Enemies are determined to penetrate the inner situation .. and to exploit the silly."