Houthis: We do not deal with London as mediator, UN don't act according to interests of political solution in Yemen 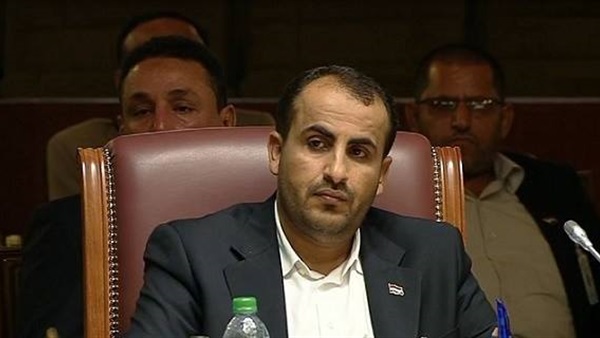 The Yemen's Houthi group (Ansar Allah) on Monday suspended remarks by British Foreign Secretary Jeremy Hunt during a visit to the southern Yemeni city of Aden, the country's interim capital.

It was supposed to clear the port of Hodeida from the militias and put it under neutral control by the beginning of January.", the British minister said in a statement published by the Foreign Ministry website.

According to the Hunt warned: "The process could be dead within weeks if we do not see both sides sticking to their commitments in Stockholm."

The head of the Houthi group's delegation, the group's spokesperson, Mohamed Abdulsalam said in statement posted in his account in Facebook, seen by "Debriefer": "The Stockholm agreement did not refer in any way to the presence of neutral bodies, neither in the port of Hodeida nor elsewhere."

He added that "the agreement provides for steps to be taken by all parties, especially the redeployment The demand of a party to redeploy without the request of the other is not only a bias, but a lie and deception and fraud of an informed agreement."

The leader of the so-called Supreme Revolutionary Committee of the group, Mohammed Ali al-Houthi, said that "the threats" of the British Foreign Minister to return the war that did not stop confirm the intention to repeat the battle of Hodeida.

"Jeremy's statements are not arbitrary, but they reveal the policy of Britain and America and their alliance in Yemen, and confirm the intention to repeat the battle of Hodeida," said al-Houthi in a statement seen by the "Debriefer" news agency.

The official spokesperson of the Houthis said that the acceptance of his group "as a supervisory role of the United Nations in the port of Hodeida is to end the pretexts and justifications of the other party and those who stand behind them(means the Yemen's internationally recognized government supported by Saudi-led Arab coalition), and not on the basis of extradition to the aggressor party. "This is no discussion of human, global and political custom.", he added.

He added: "If it were to be handed over to the other side, there would have been no need for the United Nations to exist"

He said that his group does not deal with the United Kingdom as an intermediary, saying that UN special envoy to Yemen Martin Griffiths appears not to be an envoy to the UN but an English envoy representing Britain, especially after the British Foreign Office clearly clarifies its objectives and position.

He reaffirmed his group's readiness to carry out the first phase of the redeployment plan agreed upon with the head of the Commission, General Michael Lollesgaard, even unilaterally.

The head of the Houthi delegation accused the Yemeni legitimate government of obstructing the implementation of the Stockholm Agreement on Hodeida and the process of political and peaceful solution, "because they do not want the other party to be exposed and in an embarrassing situation, so as not to lose pretexts and justifications for continued aggression on the West Coast.

He claimed that the other party's claim that the agreement on local forces was contrary to the agreement of Sweden, which did not provide for the consensus on any local authority or forces."

He added: "However, we stressed our readiness to carry out the first steps being purely humanitarian help to operate the port and the entry of aid and the removal of congestion and create progress in the agreement and then we do not hesitate to go to discuss any detail or interpretation of the agreement if necessary."

"We confirm that the United Nations' evasion of the implementation process even unilaterally puts it in front of a clear fact that it does not act according to the interests of the solution and away from the calculations of the arrogant countries, particularly Britain, it revealed clearly that it manages the process of blocking the agreement through its envoy to Yemen under United Nations cover".

Yemen has been devastated by a four-years conflict which broke out after the Houthi Group (Ansar Allah) ousted the internationally recognised government in late 2014. The conflict has escalated in since a Saudi-led coalition intervened militarily to restore the government in March 2015, creating the world's largest humanitarian crisis.

In December, the two sides agreed to redeploy their forces outside the ports of Hodeidah, Al-Salif and Ras Isa and the city of Hodeidah and to ceasefire as of January 7th. Moreover, they agreed to release prisoners and that the Houthis ease the blockade on the city of Taiz. But nothing has been achieved on the group, with both sides trading blame for non-compliance with the terms agreed in Sweden.