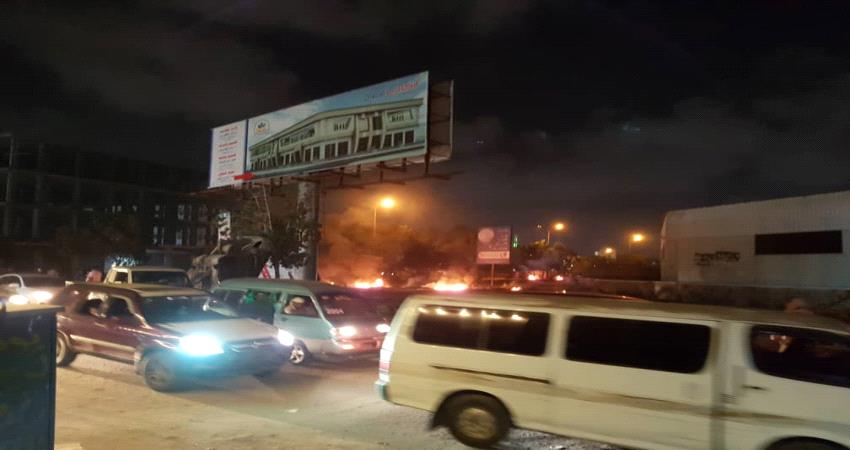 The southern port city of Aden on Monday witnessed escalated protests for the second successive day, with protestors blocking main streets in two districts with stones and damaged wheels to condemn the murder of a young man serving as a witness in a child rape.

The young man, Rafat Dombo'a, had discovered the rape of a child by security men months ago in Mo'ala District of Aden, seat of Yemeni government.

Dombo'a was shot early on Friday by 6 armed men driving a military pickup, locals told Debriefer. "The young man died at an Aden hospital on Saturday of injuries he sustained one day before, triggering protests across the city."

The protestors called for rapid arrest of those who had opened fire at the house of the only witness in the child rape.

Since Sunday, angry protestors have been blocking the main street in Mo'ala District, scene of the two crimes.

Local sources believe that a relative of the second defendant (in the rape) was behind the armed attack on Dombo'a house.

"The relative is anti-terrorism officer, and abused his post in attacking the house," said the sources, adding that three of Dombo'a friends had been arrested during the attack and were only released after Mo'ala police had intervened.

Since its liberation from Houthis in July 2015, Aden has been suffering destabilized security and vast spread of arms, leading to surge in violence and influence of armed men and extremist groups, like Qaida and ISIS.

Authority of the internationally recognized government is claimed by many local powers, some backed by UAE and others loyal to Hadi, that possess up to heavy weapons and control vast swaths of Aden and some other Yemeni provinces.