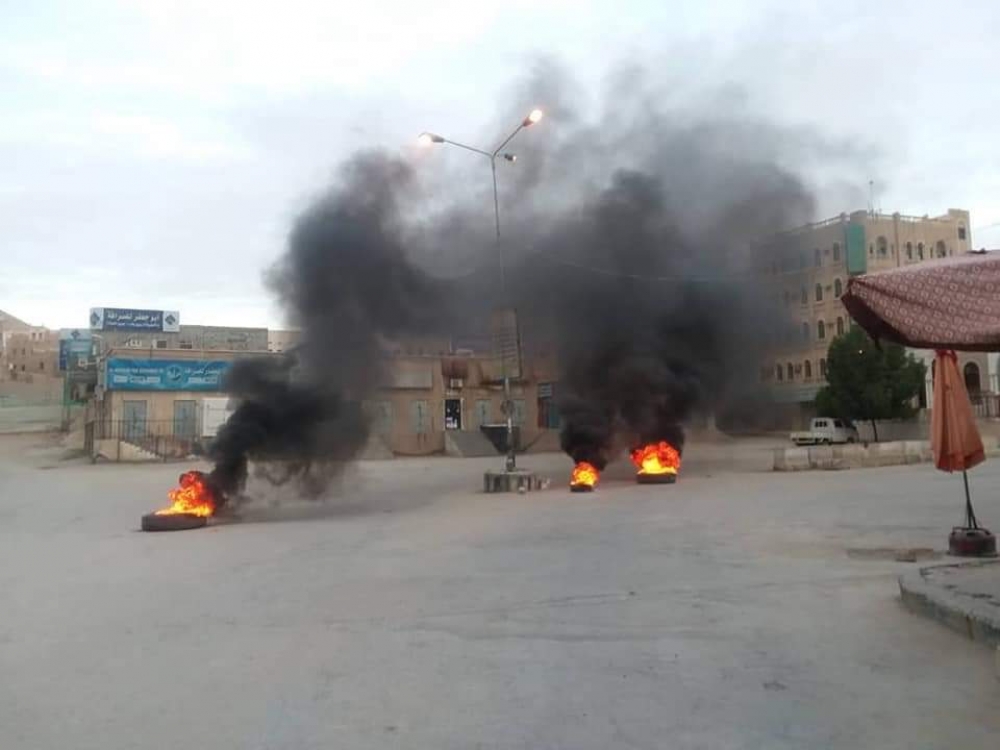 The largest city in the Yemeni eastern governorate of Hadhramout, Seyoun saw on Tuesday demonstrations and civil disobedience in protest of insecurity and erratic assassinations.

Recently, political and social activists in Hadhramout have raised voices condemning lack of security and assassinations attributed to unknown persons, despite the numerous security barriers of the first military region whose troops some locals demand to be replaced in the Valley with Hadhrami elite forces following the latter success in the Coast.

In the beginning of last January, Hadhramout governor promised to detect and name the body that would try to hinder a plan aimed at securing the Valley areas.

Hadhramout provincial "local authority will announce its security plan to secure the Valley provinces, and we will name on time the body seeking to obstruct the plan and does not bother about bloodbath in the Valley," said General Faraj al-Bohsoni, also commander of the second military region.

The oil-rich Hadhramout is the largest Yemeni governorate, in area, and its 30 districts are divided into two terrains - the Coast, with Mukalla its provincial capital, and the Valley, with Seyoun the capital. The Former is under the control of the 2nd military region and the Emirati-backed Hadhrami elite with hostility to Muslim Brethren and other Islamic groups, while the latter is held by the 1st military region loyal to Vice-president Ali Muhsin al-Ahmar and most of its troops are loyal to the Islamic Islah Party.

On 11 October, Governor Bohsoni said the "terrorist cell destabilizing security in the Coast receives all its training, funding and leadership from the Valley."

The Valley is one of the Al-Qaeda in the Arabian Peninsula (AQAP's) strongholds.