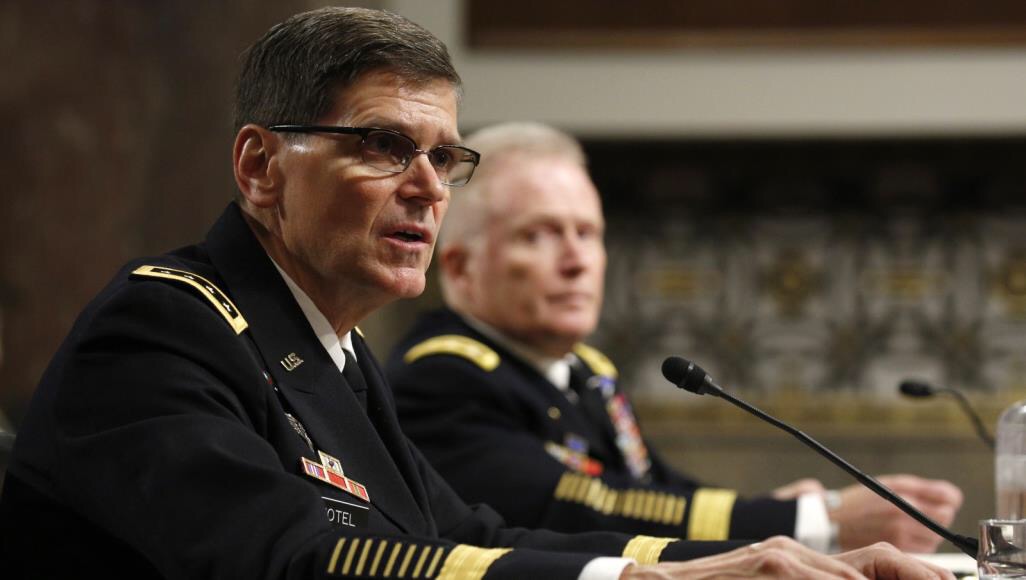 US Central Command head General Joseph Votel called on Saudi-led Arab coalition Arab-led to commit to the rules of the armed conflict law in his war in Yemen four years ago.

He warned at a hearing of House Armed Services Committee in the Congress on Thursday of the expansion of Yemen war to the rest of the region.

Yemen has been devastated by a four-conflict which broke out after the Houthi Group (Ansar Allah) ousted the internationally recognised government in late 2014. The conflict has escalated in since a Saudi-led coalition intervened militarily to restore the government in March 2015, creating the world's largest humanitarian crisis.

General Joseph Votel said: "We stress the need to commit to our partners in the Saudi-led alliance of armed conflict laws, and ensuring the war in Yemen is not expanding over the region, which increases instability and displays the lives and interests of Americans at the moment." .

He pointed out that the truce in Yemen is fragile and difficult to apply, but described it as "promising".

"Iran remains the “long-term destabilizing factor." he said, adding that "Their efforts are not limited to the support they provide to the Houthis in Yemen. They strive to be a regional hegemon and use malign influence qualitatively and quantitatively, expanding capabilities, facilitation, and support to multiple proxies to exert pressure, and threaten other countries in the region.”

Votele's remarks came in time of members of Congress from the Republican and democratic parties  exerted Pressure on Donald Trump to decide stop the support of the Saudi-led Arab coalition because it was responsible for large numbers of civilian casualties and the worst humanitarian crisis in the world today, according to the United Nations.

As the Trump administration is still insisting on continuing to support the alliance, domestic pressure has increased recently after a CNN investigation last month revealed a leak of US weapons the coalition had obtained from Washington to al Qaeda and the Yemeni Houthis.

During a Senate hearing last Tuesday, Votel said the US military was carefully examining the findings of a CNN investigation.