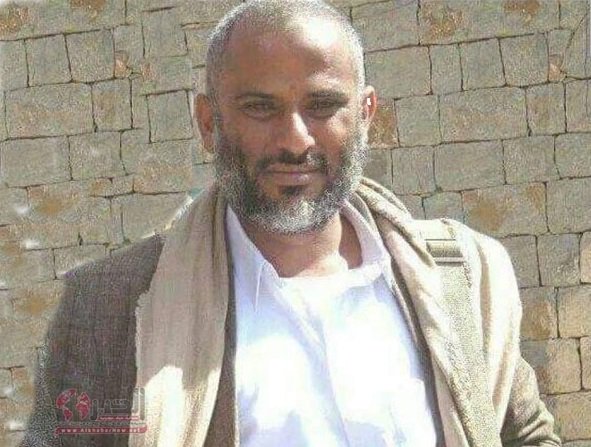 Abu Muslim Azza'akari was killed following fierce battles for more than one month and a half between Hajoor tribesmen and Houthi militants, according to media.

Local sources told Debriefer that the Houthis had tightened hold on other Hajoor tribal fighters.

"Houthis are besieging some areas in Cosher where the rest of fighters have gathered," said the sources, with those areas "similar to scattered cantons attacked by Houthi different weapons."

Those areas are expected to fall into Houthi hands within coming hours, added the sources, citing the rebels' "violent hits and scarce supplies available for the rest of Hajoor tribal fighters."

No immediate statement has been issued by the Houthi group affirming reports by media, including some rebel-run outlets.

Houthis have started a widespread offensive since last January on Hajoor tribal areas, amid strong resistance by tribesmen who had rejected rebel control, with Saudi-led coalition warplanes backing the tribes by periodic strikes on Houthi reinforcements and equipment.

On Thursday, the rebels stated that their forces had fully secured al-Abeesah and neighboring areas in Cosher, "from ravaging outlaws connected to aggression."

Yemeni politicians and activists have strongly slammed Yemeni legitimate government for "colluding with Houthis to conquer Hajoor," particularly as official army troops are some 20 km away from the tribal areas, although "have not given hand of help."

"The army dominated by Islah (Muslim Brethren offshoot) has intended to move no unit and lift siege on tribes and halted fighting Houthis to help them turn to killing tribesmen," they claimed accusing Islah of "purposefully prolonging a war which the party has most benefited from."