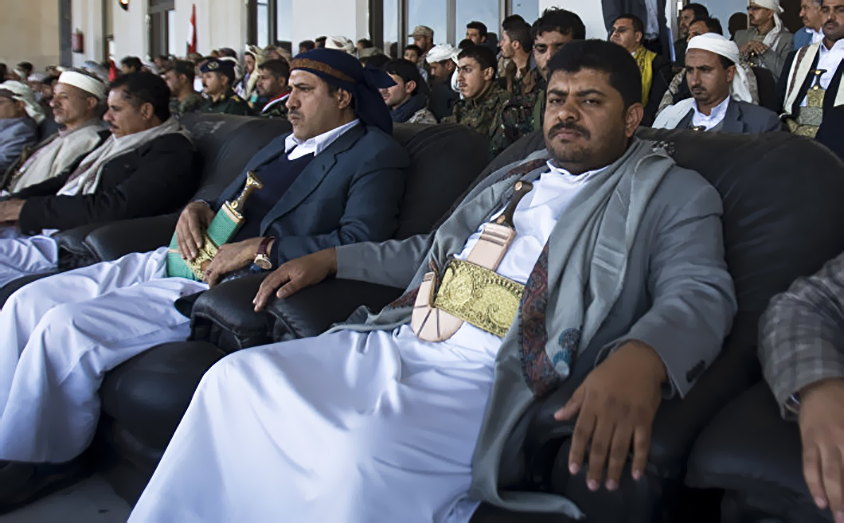 The leader of the so-called "Supreme Revolutionary Committee" of the Houthi group (Ansar Allah) Mohammed Ali al-Houthi accused the United Nations of covering up what he called "crimes" of theS Saudi-led Arab coalition to support legitimacy in Yemen, citing a video broadcast by the Arab Alliance for air strikes carried out on Sunday.

"Lise Grande's statement about the "air raid" on Kusher of Hajjah leads to the deaths of civilians is unconvincing," he said in a tweet on Twitter monitored by "Debriefer" International News Agency.

He added: "To be fully informed as a responsible body, we provide everyone with a video link that includes a report on the incident."

Al-Houthi demanded forming of a committee to take down and verify the responsibility of the United Nations to cover up the crimes of the Saudi-led Arab coalition, which is implemented since 26 March 2015 military operations on land, air and sea against the Houthis in Yemen, in support of the forces of Yemeni President Abdrabo Mansour Hadi and his government to restore him to power in Sanaa, dominated by Houthis and most Areas north of the country since September 2014.

UN Humanitarian Coordinator in Yemen, Lise Grande, stated in a statement, "We condemn these deaths and injuries unequivocally and we share our deep condolences with the families of the victims".

The United Nations did not hold any of the parties to the conflict in Yemen responsible for those attacks, only stating that medical sources had stated that medical sources, according to a UN press statement, propose that as many as 22 have passed away, with over 30 wounded during the aerial shelling, including 14 children between the ages of 18 and 18.

Grande added, "It is outrageous that innocent civilians continue to die needlessly in a conflict that should, and can be solved".

"We fear that thousands of civilians are trapped between the parties and lack the basic services they need to survive,” Grande said.

The parties to the conflict in Yemen traded accusations of civilian casualties in the ongoing fighting in the Kusher district between the Houthis and the Hajoor tribes since last January, in which hundreds of people were killed and wounded on both sides.

Dr. Taha al-Mutawakil, the minister of public health in the Houthi rescue government in Sanaa, said 23 children and women were killed and 18 wounded in initial toll by coalition airstrikes on the area of ​​Maghrabat Talan area in the Kusher district of Hajjah province.

In a press conference in Sanaa on Monday, he called on the United Nations and its Secretary-General to take a clear stand and condemn the crime and bring the perpetrators to justice.

This official move comes one month and a half after the rebels had started a widespread offensive last January on Hajoor tribal areas in the northwestern governorate of Hajjah, amid strong resistance by tribesmen who had repelled rebel control, with Saudi-led coalition warplanes backing the tribes by periodic strikes on Houthi reinforcements and equipment.

Last Thursday, Houthi group stated that its forces had fully secured al-Abayssah and neighboring areas in Kusher, "from ravaging outlaws connected to aggression."