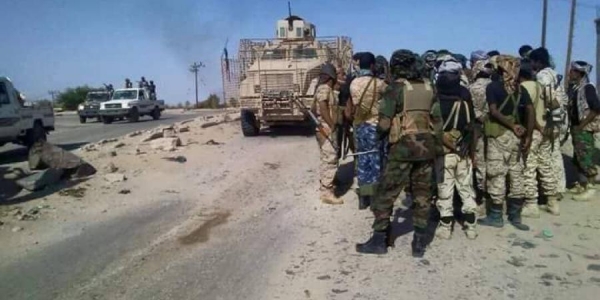 Tribal mediators on Saturday ruled that the United Arab Emirates shall pay 64 million Saudi riyals in compensation to tribes in the district of Markhah in east of Yemen's Shabwa province for damage they suffered after UAE-backed Shabwani elite forces attacked them.

15 tribesmen including children were killed in an assault by the Shabwani elite forces on the tribes of Al-Mihdhar and Al-Sadah with air cover by UAE warplanes in the district in January.

At the time, a government official said the UAE-backed forces had attacked the area in search for an Al-Qaida operative and the government formed a fact-finding committee on the clashes.

Tribal sources said the UAE preferred to solve the problem with the tribes through tribal mediation which called for the UAE to offer financial compensation to those affected and the tribes to return weapons they seized during the confrontations.

The mediation committed the tribes to secure their borders against terrorist groups and affirmed their right to prevent the entry of the Shabwani elite forces or any other illegal militias into the area, the sources said.

The UAE is a member in a Saudi-led coalition which has been fighting the Houthis in support of the government of the international recognised president Abdrabbuh Mansur Hadi since March 2015.

It has formed, trained and armed elite and security belt forces in the south to help fight Al-Qaida which has taken advantage of the ongoing conflict between the government and the Houthis to expand its presence in southern and southeastern regions.