'I fight for money': How Saudi 'vision' turns Yemeni shop workers into snipers 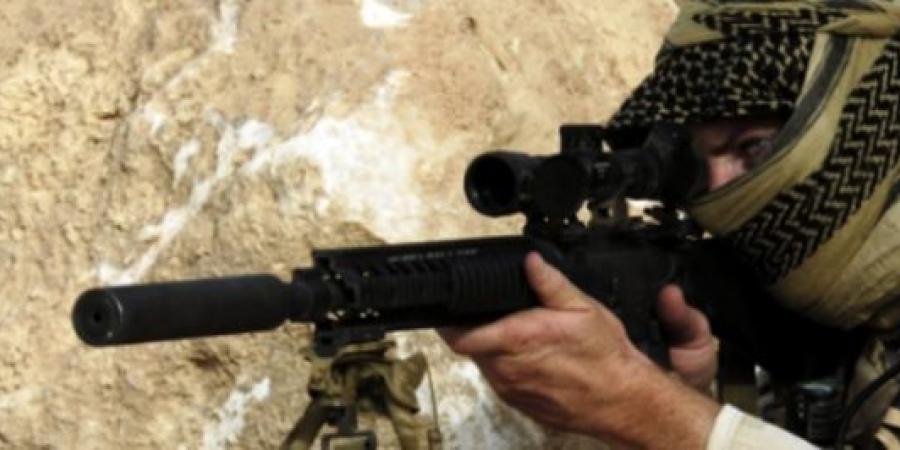 Riyadh's 'Saudisation' policy has kicked out thousands of Yemeni expats, who return home to a country with only one growth sector - war

TAIZ, Yemen - Haitham left Taiz five years ago for Saudi Arabia, heading for a job that would provide him with the means to marry and open a business in Yemen when he returned.

The 35-year-old was paid 2,000 Saudi riyals a month to work in a cosmetics shop - more than enough to provide for his parents and four brothers in Yemen, with cash left over to build himself a new house.

Then Haitham was kicked out of Saudi Arabia. Under the country's Vision 2030 "Saudisation" policy, he, like hundreds of thousands of other migrant workers, was deemed surplus to requirements.

Haitham faced a return to Taiz, a city which since his departure had been scarred by years of war between the Houthis and Yemen's Saudi-backed government. There are few jobs, and little hope.

He had one option: to become a soldier, and fight for money to protect the very country that had only weeks ago cast him aside.

He is now part of the blowback of a Saudi domestic policy that has helped fuel the conflict in Yemen, the dumping of a pool of desperate, jobless men on a country which now has only one growth area - war.

"Two of my younger brothers joined the war with Saudi Arabia a year ago, and they receive good money for fighting the Houthis on the Saudi border," he said. "This was the best choice for me - I cannot get any other work in Yemen."

"I left Saudi Arabia in January but within a month I was back there in Najran to meet my brothers," Haitham said.

"There are so many Yemenis wanting to do what I did that there is a waiting list. Thankfully my brothers helped me jump the queue."

Haitham was given a gun, but received no training before being sent to the front for three months to fight the Houthis as a sniper.

"I am a good shot, and snipers are usually in the safer areas, so I did not feel in danger," Haitham said. For this, he is paid 2,000 Saudi riyals a month.

"I used to get that in Saudi Arabia but I would spend half on day-to-day living," he said. "As a fighter, I get everything for free and I do not pay for anything."

"I spent five years in Saudi Arabia and I did not achieve my dreams, but I hope to do soon," he said.

"I do not like Saudi Arabia or its leadership, but I am fighting with them for the sake of money. It is my government that made us the servants of the Saudis."

Saudisation leads to swelling of Houthi ranks
The Houthis have also profited from the Saudisation policy.

Mohammed's work as a guard in Jeddah ended in January, and the means to provide for seven family members in Ibb province vanished overnight.

Disgusted by his treatment, Mohammed decided to join the Houthis.

"I hope to fight the Saudis, but the Houthis have not yet sent me as I am still training," he said, adding that his current task was manning a border post in Ibb province.

"Nowadays I do not care about money. I only want to protect my country and kick the Saudis out of Yemen, as they kicked us out of Saudi Arabia."

Mohammed al-Dailami, a pro-Houthi political analyst, said such blowback against Saudi Arabia was a normal reaction to "aggression".

"Saudi Arabia launches a war against Yemenis and then exiles Yemenis from its lands - you can fully understand why Yemenis hate Saudi Arabia," he said.

'We'll take anyone'
Abu Gaafar, a field commander with the pro-government Popular Resistance in Taiz province, said his force would accept anyone who wished to join their ranks.

"Liberation of Taiz and the whole country is our priority. It's a positive step for former expatiates to join the battle against the Houthis," he said.

"Yemenis hope to liberate their country from the Houthis and rebuild their lives."

"We are sad for the Yemeni expatriates, but after the liberation they will find proper jobs."

Mamoon Ahmed, who works for the government education office in Taiz, stated that the unemployment was one of the main reasons why men were heading to battle.

"When the expats came back, there was no work," he said.

"The Yemeni government has to solve the problem of unemployment - that will stop people joining the war."