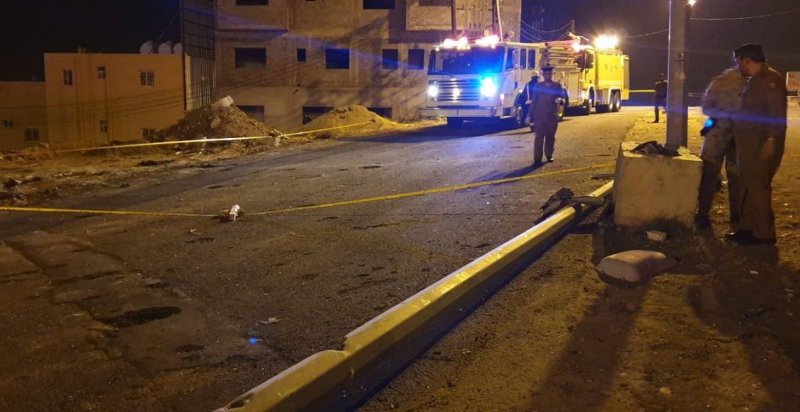 The group of Houthis (Ansar Allah) denied accusations by the  Saudi-led Arab coalition to support "legitimacy" in Yemen over the targeting of its troops in the Khamis Mushait area in southwestern Saudi Arabia by drone last night.

The spokesman for the forces of the Houthis, Brigadier Yahya Saree, said on Wednesday in a statement that what happened in the Khamis Mushait region resulted from a training process of the Saudi army with the participation of foreign officers. He stressed: "Our forces are announcing their military operations as usual in all military operations anywhere,".

"The allegations made by the Saudi-led Arab coalition are "false allegations hiding a crimes against the people of Yemen, and what the coailtion published on Khamis Mushait is an attempt to cover up a military failure and information," he said.

"The history of the army and the popular committees (Houthi forces) during the four years of steadfastness confirms that we do not target civilians in any way and that all military operations are aimed only at military objectives or of a military nature areas."

The Arab Coalition to the Support of Legitimacy in Yemen, announced that five people were injured in the Saudi southwestern city of KhamisMushait by two Houthi-launched drones late on Tuesday, said the Saudi-led coalition backing the legitimacy in Yemen.

"The Royal Saudi Air Defensesystems detected two unidentified objects heading towards KhamisMushait City," said coalition spokesman, before "they were dealt with under engagement rules and destroyed."

Shrapnel of intercepted "hostile drones" scattered onto two residential areas, wounding five civilians, including a woman and child, and leaving some damages on houses and 4 vehicles, Colonel Turki al-Maliki added.

The Houthis say they fire ballistic missiles and UAVs at Saudi lands in retaliation to coalition strikes on its forces and civilian targets in Yemen.

Saudi Arabia has been leading a military coalition in Yemen since 26 March 2015, in support of forces loyal to President Hadi to retake areas controlled by Houthi (Ansar Allah) group seen as proxy for Iran in the Arabian Peninsula country.