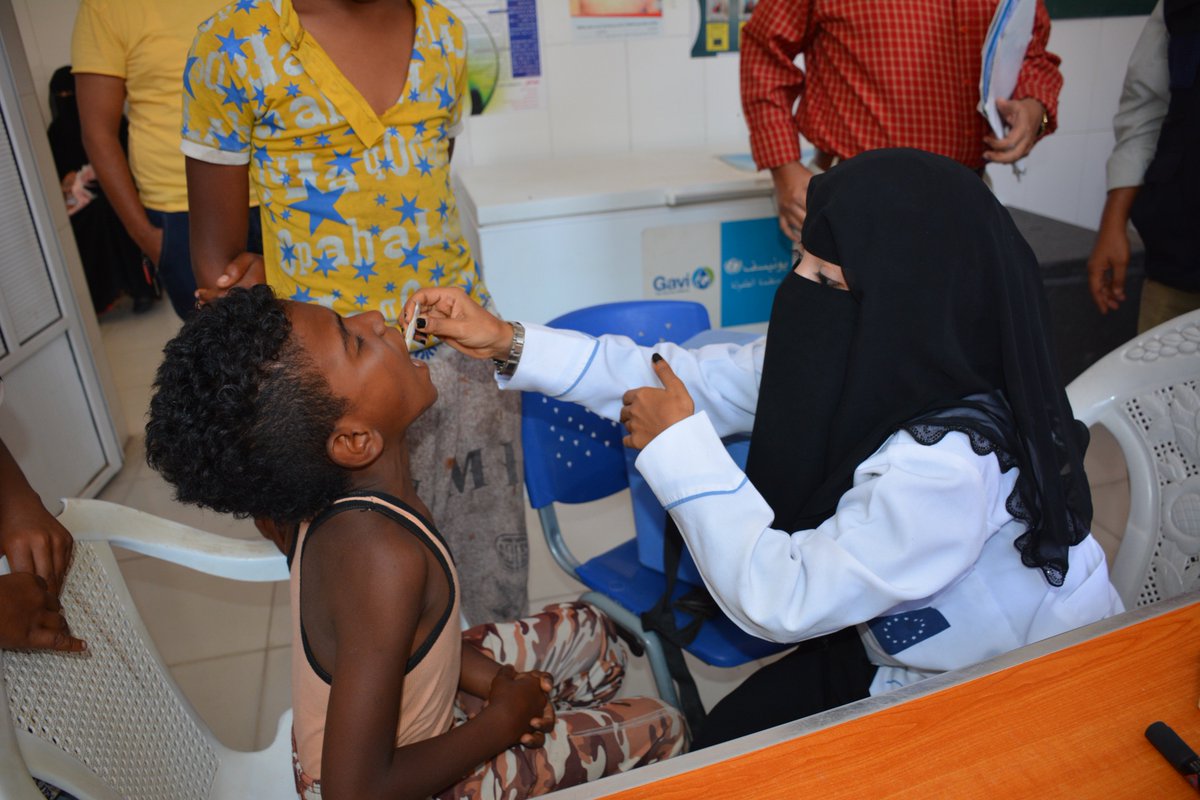 The Associated Press blamed Yemeni warring parties for thwarting the UN efforts aimed at preventing the cholera outbreak in the war-torn country.

The Houthi rebels, however, were most responsible for the epidemic, the AP reported drawing on "confidential documents and interviews with 29 people, including officials" from both sides.

In July 2017, a UN-chartered plane was prevented from delivering half a million doses of cholera vaccines to Yemen.

"Officials with knowledge of the episode told the AP that the real reason was that the Houthi rebels who control northern Yemen refused to allow the vaccines to be delivered."

According to the AP's examination, the UN eventually sent the vaccines' shipment to South Sudan, where the epidemic was limited.

Yemen has been racked by an armed conflict that has pushed the country to the world's worst humanitarian crisis, according to the UN, with most of the population in need for a type of humanitarian aid and immediate protection, including 14 million people risking famine and some 1.8 million children suffering malnutrition.

Fearshave been voiced up that the number of suspected cholera cases would continue to increase with the early arrival of the rainy season and as basic services including lifesaving water systems and networks have collapsed.

WHO recent data have revealed an increase in deaths following cholera in Yemen to 291 cases since the beginning of the year, 195 of them reported in March only.

Since January till 28th of March, nearly 147,927 cases of severe acute watery diarrhea and suspected cholera were reported, according to WHO statistics published last Tuesday.

Houthi authorities in the Yemeni capital of Sana'a declared on Sunday state of emergency to tackle cholera, as the epidemic-associated deaths have seen sharp increase.

Houthi group had demanded that "the UN send ambulances and other medical equipment for their military forces as a condition for accepting" the 2017 shipment of UN assistance, the AP quoted officials.

Houthi officials, according to the AP, held a succession of meetings throughout much of 2017 and into 2018 to consider the science and policy questions relating to vaccines. In the spring of 2018, the Houthi then minister of health Mohamed Salem bin Hafez gave UN officials the go-ahead to bring in nearly 900,000 doses of cholera vaccines, according to documents obtained by the AP.

Then two of his deputies, both of them well-connected within the Houthi leadership, said the shipment couldn't proceed, asserting that there were still more bureaucratic hurdles before the vaccines "safety and security" could be assured, according to the documents.

As a non-Houthi, bin Hafez didn't have the power to overrule the decisions of the two deputies. He wrote a letter to the Houthi-controlled government. A month later, he left his post and fled Houthi territories, "washing [his] hands of the consequences of these irresponsible actions."

Abdel-Aziz al-Daylami, one of the health ministry deputies, denied that he had stopped the shipment.

"No, there was no rejection, but we had reservations," he told the AP. "We thought that the vaccines would be useless" if they were deployed without more efforts to ensure clean water and reliable sanitation systems.

"Houthis are taking advantage of UN weakness," aid official told the AP. Relief workers know that if the UN speaks out, the official said, "their visas will be denied and they would not be allowed back in the country."

Relief workers and government officials told the AP they have seen repeated indications that insiders in both the Houthi government in the north and the US-backed government in the south have skimmed off money and supplies for cholera vaccination and treatment and sold them on the black market. In some cases, treatment centers for people who contracted cholera existed only on paper even though the UN had disbursed money to bankroll their operations.

Houthi and government officials deny there were hurdles to efforts to tackle the epidemic or delays in getting cholera vaccines into Yemen.

Youssef al-Hadri, spokesman of the Houthi-run health ministry, said claims that the Houthis blocked the shipment of vaccines into Yemen are false.

"This is all baseless, and I challenge the agencies to say this officially," he said.

Two Houthi officials confirmed to the AP that nearly 1.2 million doses of cholera vaccines remain stored in warehouses in Sana'a, the rebels' capital. The health ministry there plans to distribute those doses soon in two northern districts, one of the officials said.