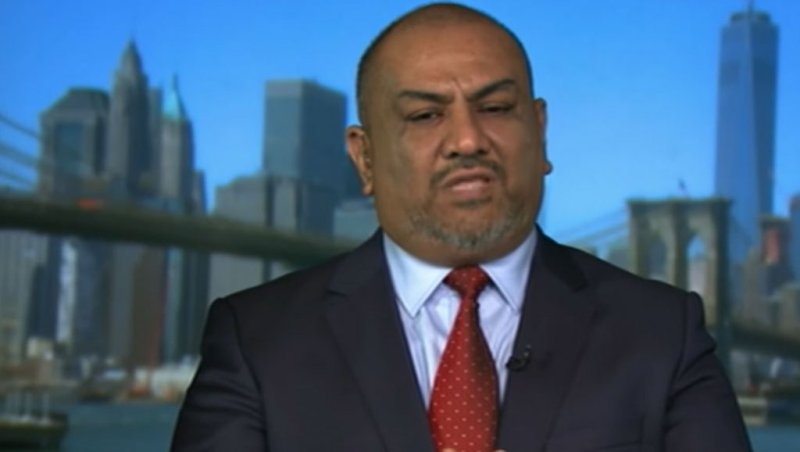 The Yemeni internationally-recognized government on Wednesday revealed efforts, in coordination with the Saudi-led coalition, for a UN Security Council'statement holding the Iranian-backed Houthi group responsible for hindering the peace process in the war-torn country.

Yemeni official foreign minister will meet in coming two days with the UN Secretary-GeneralAntonio Guterres in New York and representatives of UNSC member states and other actors to discuss recent developments, the Saudi Asharq al-Awsat quoted Khaled al-Yamani as saying.

This move comes as part of pressure on the international community to state clearly that "Houthi militias are peace-hinderingparty unwilling to stop war, he added.

Minister Yamani noted that discussions on the same issues would also be hold with European Union countries in Brussels.

Hadi FM said he would meet with Russian officials to address Yemeni crisisin Moscow, where he expected meetings would bring about positive results, since Russia is an internationally active player.

The Yemeni government showed preparedness to enter in peace based on confidence-building steps, and then stop war through ultimate accords, but the Houthis do not see peace as the best way for Yemenis, FM said.

Minister Yamani said the UN Envoy Martin Griffiths' latest visit to Sana'a, the eighth of its kind since the Sweden pact, was the last attempt to salvage Stockholm Agreement.

Griffiths is seeking to persuade the rebels to apply the pact and withdraw from Hodeida, amid doubts raised by government in light of Houthi persistent postponement.

Houthis gave a set of baseless pretexts to evade honoring their obligations under Stockholm deal, the Yemeni FM claimed, accusing the group of following an "Iranian endless method of negotiations".

Iran has frankly told the EU that it wanted sanctions imposed on it to be lifted in return for Hodeida pullout.

The city of Hodeida andits three ports have been under Houthi control since late 2014, while Yemeni joint forces loyal to legitimate government and Arab coalition have massed at the city's fringes since last November seeking to retake the strategic port.

The Saudi, Emirati Yemen governments sent a joint letter on Tuesday calling upon the UN Security Council to pressure Houthis and Iran into putting an end to obstruction of the political pact to stop the 4-year war in Yemen.

The conflict has left tens of thousands killed, hundreds of thousands injured, and 3 million displaced, triggering what the UN calls the world's worst humanitarian crisis, with most of the population in need for a type of humanitarian aid and immediate protection, including 14 million people risking famine and some 1.8 million children suffering malnutrition.