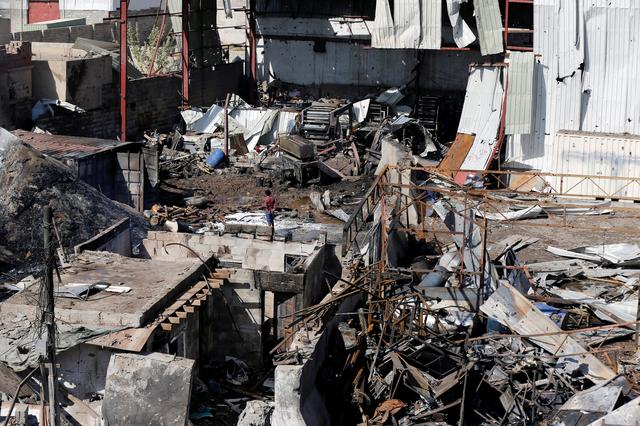 Saudi-led Arab Coalition Air Defense on Thursday shot down a drone aircraft belonging to the Houthis group (Ansar Allah) in the town of Sayoun in the eastern province of Hadhramout, the Saudi Arabian Al-Arabia TV said.

Yemeni President Abdrabbu Mansour Hadi, late on Wednesday, calls on the Parliament to convene an extraordinary session in Yemen's eastern province of Hadhramout.

According to Aden-based Yemeni "Saba" news agency President Abdrabbu Mansour Hadi issued decree on Wednesday which calls on the Parliament to convene an extraordinary session in Yemen's eastern province of Hadhramout.

The coalition spokesperson Turki al-Maliki :"The command of the joint forces of the coalition carried out on Wednesday a qualitative military operation to destroy two military targets two military legal targets."

Residents said a house was also hit but there were no reports of casualties.

Houthi-run Al-Masirah TV  reported "a fire broke out in a plastic factory east of Al-Thawra stadium in the capital Sanaa after three Saudi-led Coalition air raids".

It has triggered what the UN calls the world's worst humanitarian crisis, with most of the population in need for a type of humanitarian aid and immediate protection, including 14 million people risking famine and some 1.8 million children suffering malnutrition.